I first saw Sailor Moon on YTV when I was 14 years old. This discovery led to my fascination with manga and anime (which lead to opening up my own shop), and eventually I realized just how much this series about transforming junior high school girls shaped how I interacted with the world around me. 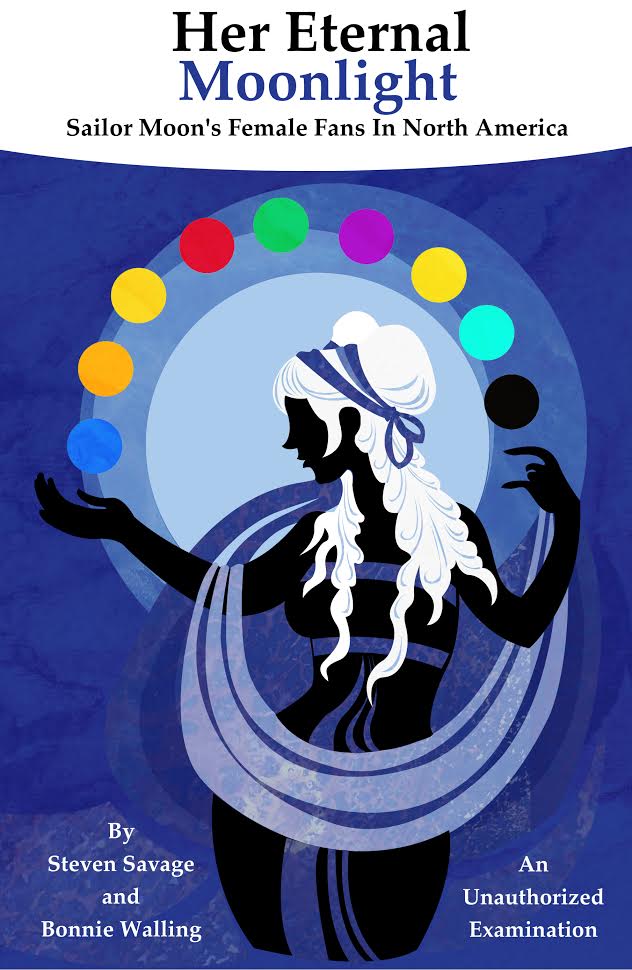 Her Eternal Moonlight came about as the result of one of those deep conversations you seem to find yourselves a part of during a convention. After one such discussion, co-authors Steven Savage and Bonnie Walling set out to investigate just how Usagi and Company’s journey impacted the lives of its North American female fans. They spoke to fans who found kindred spirits in our beloved Sailor Senshi at different ages (and stages) in their lives. The bullied, the shy, the outcasts who just didn’t fit in.

They discovered that many of us had familiar stories. That for several of young women, Sailor Moon represented us in ways we had never seen on TV before. We had female superheroes we could identify with, and discovering there were more people like us led us to seek out and build a thriving, inviting community.

Much like its titular heroine, the Sailor Moon story in all its incarnations seems sweet and smiling, but then it packs a punch you didn’t see coming. And that’s precisely the reason that you love it.

As a self-proclaimed Moonie, it was wonderful to read how one of my favourite manga/anime franchises impacted other women’s lives. Whether they found the original Sailor Moon anime when it aired on TV or more recent converts who began their journey with Crystal, the women who lent their voices to Her Eternal Moonlight always struck a chord with me on a personal level. Even a week after I finished reading the book I am wondering if and how future generations might look back on this beloved series. Those friends in my life with young children whom they are sharing the Sailor Moon Crystal experience with, will those girls and boys respond to it the same way my generation did seeing as anime is more accessible now than it was in the early 90s?

Not only do the authors of Her Eternal Moonlight talk to fans about how Usagi/Serena touched their lives, Steven and Bonnie also write about Sailor Moon’s impact on North American cartoons, an increasing interest in travel and living abroad in Japan, and how fans’ love for this franchise sent them down various career paths. All around, this is a great book of collected research that all points to one thing: Naoko Takeuchi’s Sailor Moon franchise has inspired fans all around the world, shaping many of us for the better.

Whether you are simply interested in Sailor Moon’s unique community or are a fan with a desire to feel more connected to other Moonies, Her Eternal Moonlight is available to purchase now on Amazon.

*This book review was previously published on The Daily Crate.