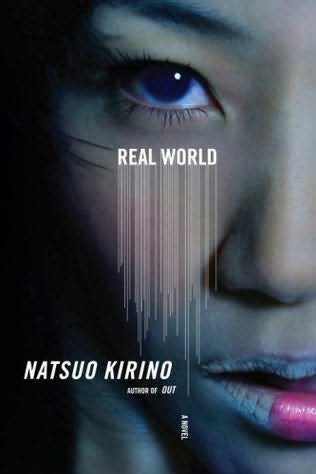 Life in Japan as a teenager is a hard one. There is so much pressure with schooling, parents, and life coming at you so quickly, sometimes you just want something interesting to happen to take your mind off of it all. Sometimes that thing you want to happen ends up changing the entire way you look at the world.

One morning, just like every other morning during summer break, Toshi wakes up and gets herself ready to head off to cram school. However this morning, unlike the other mornings, Toshi hears a loud crash, possibly something glass, coming from her neighbour’s house. After dismissing it as something just breaking, she heads out the door only to find the son from next door running out looking a bit frazzled and out of it.

Later on that day, which hasn’t been a good one for Toshi, with her bike and cell phone being stolen, she discovers that the police are looking for the boy. Worm, as Toshi refers to him, killed his mother that morning, and is now wanted by the police. Using Toshi’s cell, he drags her and her friends into his escape one at a time. Each one connecting with him in their own way as he flees from the police. Each one exploring the darkness within themselves through this horrible experience, helping him for reasons hidden deep within their hearts.

Real World shows us how something so horrible can snowball and make us question ourselves and the world around us. How innocent people can become part of something so big and drag them into the darkest parts of their hearts when they feel alone and as if they don’t fit in. Kirino gives us a glimpse into what goes on in the minds of the new Japanese teenager.

You can purchase Real World on Amazon