A few weeks ago, I decided to take up cross stitching, thanks mostly to a Twitter friend posting links to super cool patterns she found on Etsy. I purchased four patterns from that store and dragged my husband to the craft store to buy all sorts of embroidery floss, fabric and other tools of the trade.

The first (and most basic) of the patterns I bought from VelvetElvii’s store is a quote from one of my favourite episodes of The IT Crowd, “The Final Countdown”. In this episode, Moss has been accepted as a contestant on Countdown, a popular UK spelling show. As an eight time winner, he is invited to the elusive 8+ club, where his new nemesis, Negative One, challenges him to a game of Street Countdown (played exactly like regular Countdown but on the street). He accepts the challenge with the following quote: 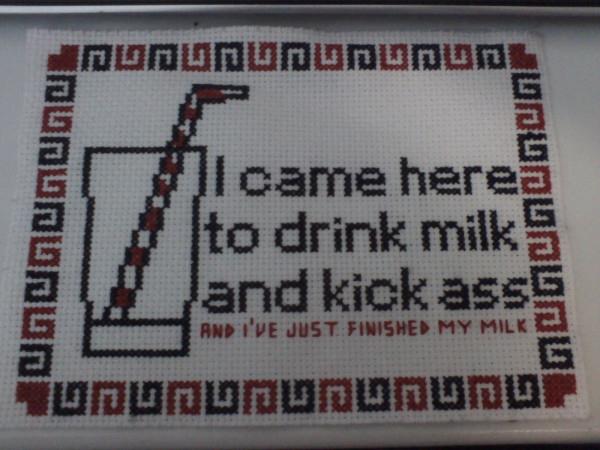 Once I had finished that one, I felt inspired to pay tribute to one of my favourite Xbox Live Indie titles. Luckily, the cover image for I Maed a Gam3 W1th Zombies lends itself well to cross stitching as each x is pixel perfect. I hand counted out each line and stitch, taking a couple of days to finish the majority of it. Now all that remains is finding the best grey to add “Indie Games” to the header. 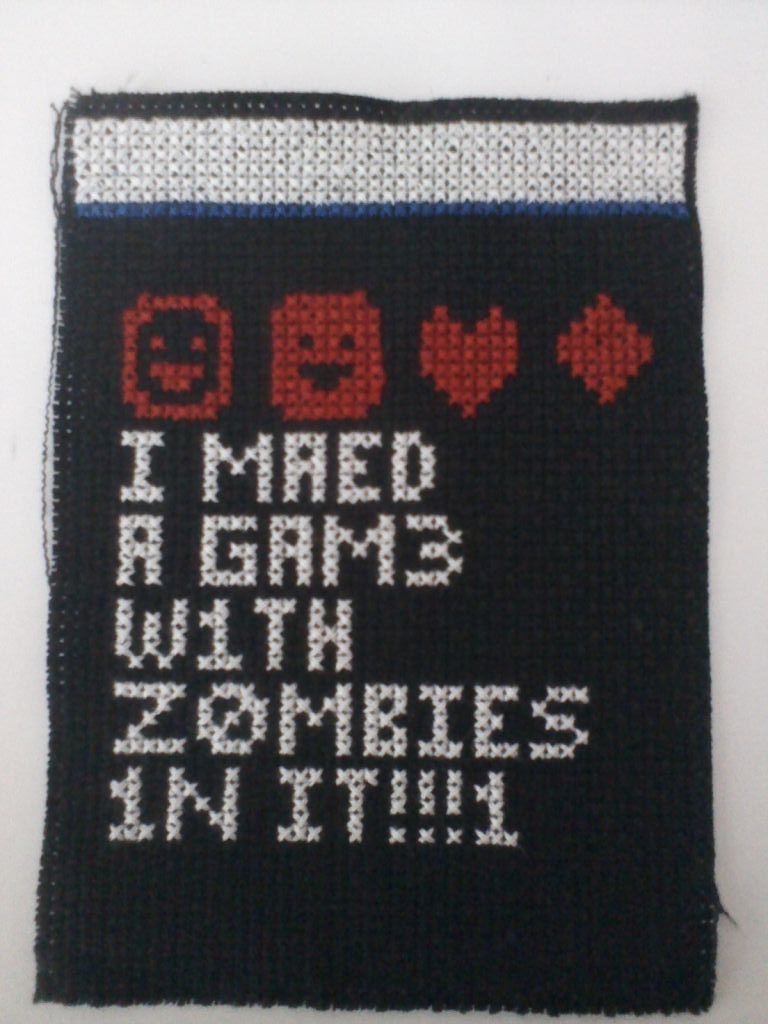 My third bit of stitching came to me while perusing the DS and 3DS games on Amazon. I was looking for good deals and new games to add to my wishlist when I spotted the Bit.Trip box and thought that would make a great next project. If it turned out, I’d show it to a friend who happens to work at Aksys. If it didn’t, no one would ever see it. It did turn out, and now has the honour of being the first bit of Aksys fan art posted on their website. This was another free hand project. 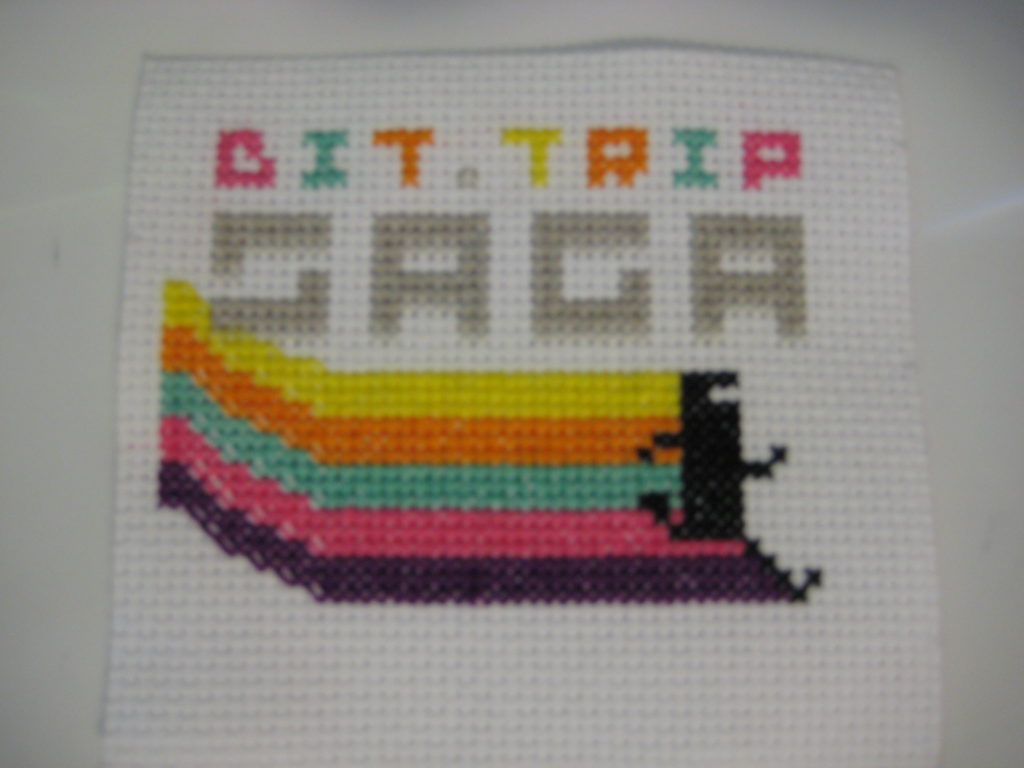 Next up is a Nyan Cat pattern from VelvetElvii for my husband. While I work on that, I’ll be on the hunt for a new video game cover to stitch up.