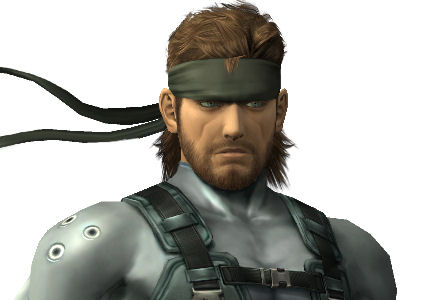 When Metal Gear Solid V was officially announced last week at GDC (fully acknowledging that the Phantom Pain previews from earlier were indeed MGS related), it was revealed that they would not be asking David Hayter to resume his role as Snake. They wanted to go in a new direction with the gruff old bastard that I’ve been in love with since I first witnessed the MGS2 trailer and fell hard for the series.

Kojima partially lost me with his insistence on bringing Raiden back time and time again. I hate Raiden. I don’t have Metal Gear Rising: Revengence because I hate Raiden. Raiden was the worst part of MGS2. I wish Raiden would die in a horrible accident that erased all trace of his DNA and could never be brought back ever. That would make me happy.

I am so torn on MGSV now. I want to play it (and yes, I know MGS4 is still in my backlog) but without Hayter it just won’t be the same.

I think it’s time for Kojima to move on once MGSV comes out. It’s been a good run, but all good things should come to an end before they ruin themselves by dragging on and holding out hope that maybe the next reboot will fix it all. It won’t. Unless you make Metal Gear Yotsuba a real thing. That would be the only Metal Gear game I would want to happen post-V.

Here’s a recap of events:

I have been up in Toronto, for the past eight months, directing my first film, (WOLVES — 2013, TF1/COPPERHEART). On the December break, I came home to Los Angeles for the holidays. I heard then, that recording sessions for MG:V were being put together.

But I didn’t hear anything about whether I’d be needed or not.

So, I got in touch with someone involved in the production. We got together for lunch, and he told me that they “wouldn’t be needing me” on this game. No reason, or explanation was given beyond that.

And that was it.

I drove home through Laurel Canyon, bummed, and thinking about Snake.

To be clear, I love being a part of the world of Metal Gear. I admire its technological innovations, the gameplay, the political message of it all. But primarily, I love the fans of these games. Two grown men burst into tears upon meeting me at the Vancouver Fan Expo last year.

Now that… Is a rare and excellent role. You know you’re making an impact.

And I love doing it.

In 1998, I tried to do come up with a voice which epitomized the kind of worn, put-upon, genetically-engineered clone-soldier that I saw Snake to be. Over time, as the games became more stunning and visually sophisticated, I tried to transition that initial voice into the increasingly real environments in which Snake found himself. My level of success is up to you, but any perceived deficiencies were not for lack of hard work. I have dedicated a huge amount of time and effort into creating a compelling character, capable of expressing the myriad emotional, physical and psychological hurdles that Snake has to face.

If it were my choice, I would do this role forever. To hear anyone else’s voice coming from Snake’s battered throat, makes me a little ill, to be honest.

But the truth is — it’s not my choice. Any and all casting decisions are the sole purview of Hideo Kojima, and Konami itself. And that’s fair.

And I’ll get by. I am not lacking for employment on any level.

But I didn’t want anybody to think that I was intentionally abandoning them.

And know that I will miss this job, and this character, very much.

My best wishes to you all,