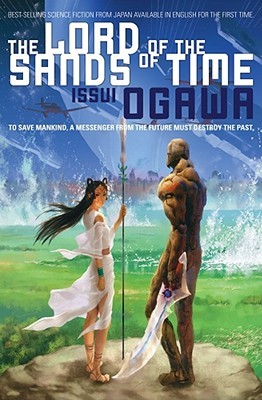 In the future, mankind no longer lives on Earth. In the future, we create AI with bodies similar to our own and send them back in time in hopes of stopping the alien invasion before it spreads and destroys us all.

Orville is one of these Messengers. He is one of many Messengers who will travel across the time streams in hopes that he can help humanity survive and remain on Earth. His relationship with a human is what fuels him as he leaps across time, hoping that he can at least save her ancestors and save the possibility that in one time stream she might at least survive.

When Orville arrives in 248 BC Japan, he finds a leader who will heed his instruction and lead forces against the intruders. She is Miyo, Shaman Queen of Wa, a young leader who has never truly led her people before, but finds the strength within herself to do so. With a little bit of meddling, Orville helps Miyo’s people learn about new weaponry with which they can kill the enemy (referred to as mononoke throughout the book, a term for demons in Japanese).

Another great story from one of Japan’s best science fiction authors, Lord of the Sands of Time was a wonderful look into AI/human relations and human/human relationships and the idealism of humanity. Orville spends much of his time thinking about how he can be loyal to the humans, and just what it means to be human. His interactions with humans over the various time periods he visits have not always been the best, yet he continues to fight for us.

Issui Ogawa is one of the most acclaimed science fiction authors in Japan and is a member of the Space Authors Club. He’s won 2 Seiun Awards for his works; the 35th Award for The Sixth Continent and the 37th for a collection of short stories.