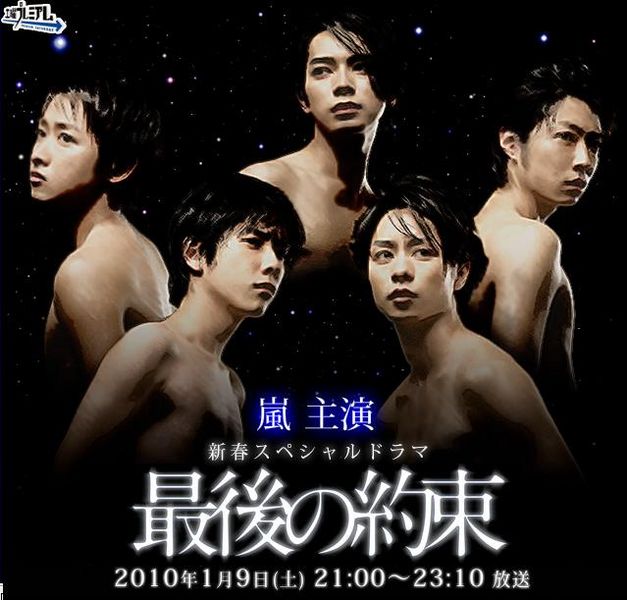 It’s not too often that Japanese drama fans get the chance to see more than one member of J-pop super boy band ARASHI in a single show. On Jan 9th, we were treated to a two hour special made for TV movie Saigo no Yakusoku (The Last Promise), in which the five singers play individuals trapped inside the main office building of a major bio-fuel company while it locked down by terrorists.

Taking on the roles of a janitor (Satoshi Ohno), a delivery driver (Matsumoto Jun), an insurance salesman (Sakurai Sho), a coffee shop employee (Aiba Masaki) and security systems engineer (Ninomiya Kazunari), the five heartthrobs attempt to save the rest of the hostages before the ninety minute counter on the bomb runs down.

The boys are no strangers to the big and small screens of Japan. Most notably Nino’s Hollywood debut in Letters to Iwo Jima and Jun’s role as Tsukasa in the Hana Yori Dango series and follow-up movie.

If you are a fan of ARASHI, add this to your must-see list.