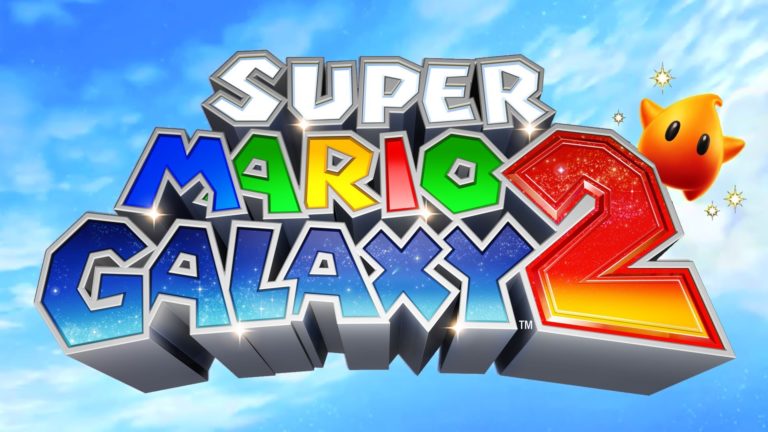 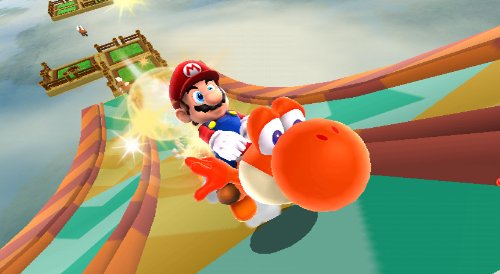 It’s time for another high-flying intergalactic adventure with everyone’s favourite mustachioed plumber in red with Super Mario Galaxy 2. Once more, the Mushroom Kingdom is attacked by a now planet-sized Bowser who flees off into the galaxy with Princess Peach, and Mario as always drops everything to be the hero. So is this game worth shelling out $50?

Super Mario Galaxy 2 shares a lot in common with it’s predecessor: your primary objective is to collect the Power Stars needed to fuel the Luma starship, a Mario shaped planetoid, from one galaxy to another. Along the way you will pick up Star Bits, free trapped Lumas, meet inhabitants from a wide array of unique planets, and cross paths with members of the Toad Brigade scattered about, looking for ways to help you rescue the Princess.

Mario travels the universe with a Luma who hides under his plumber’s cap and gives him the ability to perform spins. Some galaxies also feature Yoshi, the lovable green dino with an appetite for almost anything he can grab with his tongue. And of course there are plenty of Bowser’s minions just waiting for you to pounce on. So far, everything sounds like business as usual for Mario. 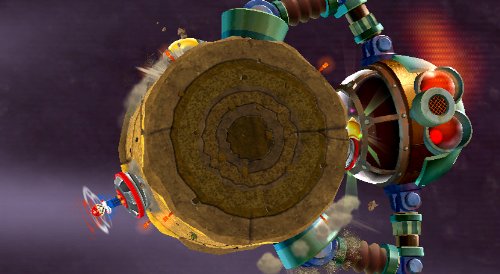 Each World contains several galaxies with various stars hidden deep within. Progressing to the next World requires a minimum Star count and an encounter with Bowser Jr. There are your normal golden Stars as well as bonus ones waiting to be discovered. As with Super Mario Galaxy, these can be found by clearing a level with a Comet Coin or performing other tasks on certain planets. You can also purchase access to hidden galaxies by feeding Star Bits to Hungry Lumas. Green Stars only become available once you have unlocked Luigi as a playable character, much like the first Wii adventure.

You will also encounter various “Power Ups” which are at Mario’s disposal. New to Super Mario Galaxy 2 are the Rock Mushroom (giving Mario the ability to turn into a giant boulder and smash things), the Cloud Flower (allows you to create clouds for reaching new heights), and the Power Drill (spin-dig your way through the ground to get from one point to another or enter underground caverns). You’ll also have access to the Fire Flower, the Rainbow Star and the Bee, Boo and Spring Suits.

The game gets major points for the beautiful planet levels, even the ones that I completely loathed playing through. Each level is well detailed and bursting with vibrant colour, sometimes so gorgeous you just have to stop and play with the camera, checking out every single angle. Whether swimming, sticking, rolling or flying, Super Mario Galaxy 2 delivers the graphical eye candy gamers have come to expect from the franchise since it moved to three dimensions.

Unfortunately, the game suffers from a horrible range of difficulty. You’ll go from an incredibly easy level with minimal puzzle solving to a level that frustrates you to the point of nearly throwing your Wiimote into the closest wall. Super Mario Galaxy 2 simply lacks proper difficulty progression which is a major turn off to young children and regular gamers alike. Not everyone has the patience to make twenty-plus attempts to clear a level. And with the exception of Yoshi’s new role in the game, so much of the game feels re-hashed. I kept waiting to be wowed by something other than the graphics, only to continually be let down. 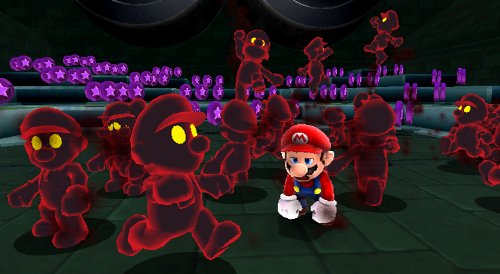 As an example, I was playing through a level with fall-away platforms, meaning you do have to be pretty quick on your feet. No problem, as that’s to be expected in Mario titles. However, the fixed camera angle I was forced to suffer with did not help at all and more often than not, a jump which I should have landed made me hit the edge of the platform and fall to my demise. In that same level, there were several occasions in which I attempted to jump over the moving saws and ended up clipping them, causing me to be stunned. Makes sense, but by the time I recovered and was back on my feet, the saw blades would have pushed me off the edge of the platform. It took me over twenty lives to finally get to the Star in that level, and once I did that, I didn’t want to touch the game for at least twenty four hours.

Depending on what galaxy you are on, you may run into the Cosmic Guide who will assist you in reaching your final destination for that area. If you choose to use her, she will not go out of her way to pick up coins or unneeded special items. It will also cost you upon reaching the Power Star. Instead of the normal Gold Star, you will acquire a Bronze Star. It will allow you to move past the galaxy to what lies beyond, but only Gold Stars add to your tally for unlocking new galaxies. You can always go back and retry the galaxy in which you gained a Bronze Star in hopes you can make it through without the Cosmic Guide’s assistance and reach the Gold Star. I have not noticed the Cosmic Guide to be available in all galaxies though, which means you could be replaying a level dozens of times over before you either give up or hand someone else the controller.

If you didn’t take the original Galaxy title for a spin and you are thinking, “Hey! This supports two players. That’ll be perfect for my kids,” think again. As the second player in the game you have the rather boring role of collecting Star Bits and shooting them at enemies. The supporting role in the Super Mario Galaxy games is ridiculous. There is little in the way of team work, and can (and most likely will) cause arguments. While I was working in video game retail, I had many parents trading in or returning Galaxy disappointed with the 2 player feature.

And let’s be honest, Mario chasing off after a kidnapped Princess Peach every year or so has gotten pretty stale. While the story behind each Mario title is more of a backdrop to exploring the Mushroom Kingdom’s nooks and crannies, there is a definite creative rut. We are only a few years away from the big 3-0, so why not freshen things up a little? Maybe Bowser will retire, Mario & Peach can finally start a family and their offspring can battle it out against one another for the next 30 years. The Toads could finally do something other than tell us the obvious. Anything to have the franchise end on a high note instead of running it through the mud. Mario deserves better than that.

Maybe it’s just the rage-quit rage talking, but I just do not find Super Mario Galaxy 2 to be fun. And really, that’s what I want from my video games. There is nothing wrong with throwing in difficult levels or mind-numbing puzzles, as long as at the end of the day I am enjoying the game I’ve chosen to sit down with. Sadly, Super Mario Galaxy 2 does nothing more than infuriate me and make me want to tear out my hair more often than not, and masochist I am not. Sorry, Mario, but this Princess needs to be rescued from you.