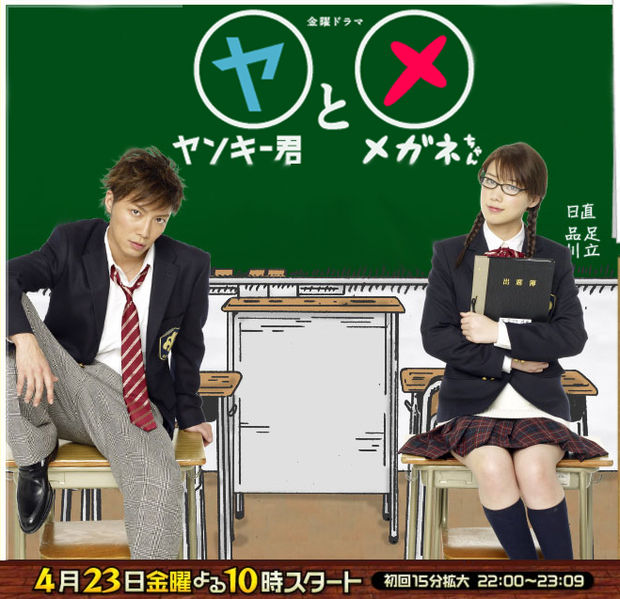 If high school life in Japan is as entertaining as all their TV shows focusing on it, it’s just one more reason I wish I grew up there. Yankee-kun to Megane-chan is the story of two high school students who at first glance couldn’t possibly be any more different. Daichi used to be a model student with dreams of taking over the family clinic, but became a delinquent and notorious fighter. All that changes when Hana Adachi transfers to his school and forces him to start participating. Hana hasn’t always been a goody-two-shoes. Before coming to this school, she was known as Hurricane Ada, the most bad-ass of all delinquents, a past she is trying to put behind her forever.

Daichi discovers Hana’s secret and is continually roped into helping her carry out each one of her plans and getting more involved in school than he wants to. As she exposes him to all the things he’s made sure to ignore since becoming a yankee, Daichi realizes that if she can change, so can he. But the past cannot remain hidden forever. Can Daichi help Hana keep her secret from being revealed?