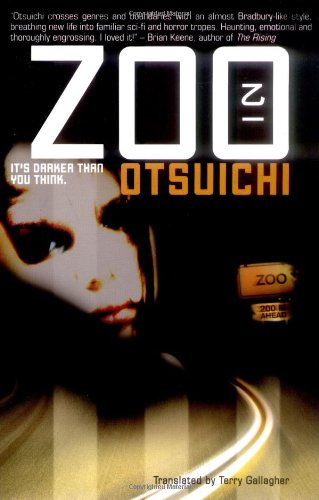 Truly one of the most enjoyable horror short story collections I have read in years, Otsuichi puts together fascinating tales of death that will horrify and shock you, yet you won’t be able to put the book down.

Beginning with the title story in which a young man receives a photograph of his missing girlfriend, I read through the stories in succession. After the third story I realized that death would play a major role in each of the tales I would encounter. Some are gruesome and bloody stories of murders based on pure hatred or psychosis, while others come from the eyes of innocent children.

One of the shorts, Song of the Sunny Spot, stands out from the others as the only story of death that is not as horrifying as the others. As the last man on earth getting ready to die, all he wants is a companion to take care of him and bury him, and so he builds an android. The nameless robot begins to evolve into more than what is expected of it and tries to understand what death is.

My other favourite stories are Kazari and Yoko, a tale of twin sisters, and SO-Far, in which a young boy tries to mend a broken home and becomes traumatized from the experience.

There was not one story that I did not read or find uninteresting. Not even the shortest story, a two page long tale of a child playing in a sandbox.

Zoo is a must-have collection for fans of the macabre.

*Review product was provided by Viz, and does not affect the outcome of this review.*