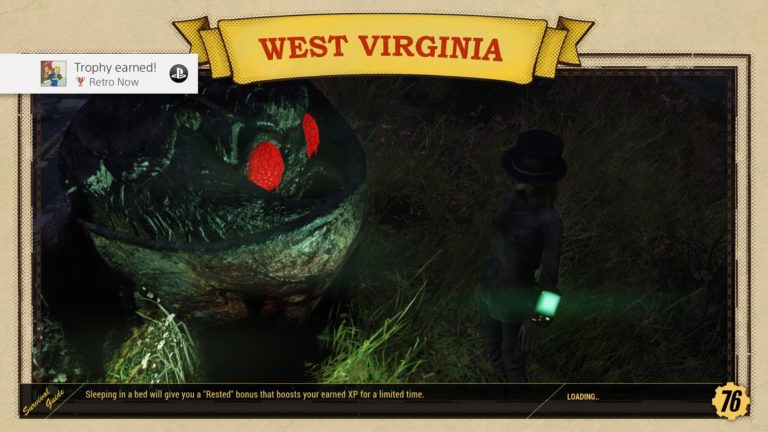 Unpopular opinion: Fallout 76 is a lot of fun and I am enjoying it.

If you look around the internet, the game is getting horrible reviews, which in turn leads to people who haven’t even played the game adding more fuel to that fire. Yes, it is an online only game. Many fans of the single player installments to the franchise decided to gang up on the developers for choosing to create a game that is an MMO instead of the traditional Fallout experience. Others are simply angry that there are no NPC characters, that the story is told through holotapes and robots that survived the nukes. And then there are the people that are just pissed off that Fallout 76 has microtransactions. Some have legitimate reasons to be wary and want to wait on picking it up, thanks to Bethesda’s track record for strange and sometimes game breaking glitches.

So I decided that as a long time Bethesda gamer (between Fallout and Elder Scrolls titles) with a rational mind, someone needs to address these issues frankly and honestly. Turns out, that person is me.

I am not an MMO person. I’ve seen people play World of Warcraft and EverQuest but never got into those myself. I knew about the toxic gamers that trolled people who just wanted to enjoy a universe with their friends, I just didn’t want to experience that first hand. When Bethesda announced that Elder Scrolls Online was filling the gap between Skyrim and whatever VI turns out to be, I was intrigued. This was a franchise that I love. It promised me that I could travel across Tamriel either alone or co-op with my Player 2 For Life and friends. I played the PS4 beta and had a great time, but when the game first launched on console money was tight so we waited and picked it up about 6 months later.

Together and alone, I have saved kings and queens in Tamriel, slaughtered thousands of daedra and other assorted monsters. I’ve helped the orc clans of Wrothgar, witnessed the construction of Vivec City, and thwarted a plot against the Psijic Order. Since the game launched in June of 2015 it has grown from it’s base of three alliances (each consisting of four provinces). The map of Tamriel has filled in immensely these past 3.5 years, with more still to come.

But none of this means that Elder Scrolls VI has been neglected by Bethesda. And the same goes with Fallout 5. Each of these have been announced by Bethesda, with TBD dates. I cannot recall the Elder Scrolls fans hating on an online only version of their game, which also takes gamers a ways back in the timeline, in the same manner as Fallout fans are hating on 76.

Fallout 76 is much the same thing. It’s an MMO set as the first Vaults are opening, allowing gamers to witness and partake in the events that shape the world we know as of Fallout 4. The storyteller in me loves the fact that we are learning the fate of those who inhabited our surroundings via their holotapes. These are first-hand accounts in their own voice, where we can hear the sorrow, happiness, anger they are experiencing at the time of the recordings. Some of their stories are heartbreaking and get me choked up. There’s just as much to learn from computer logs as there was in any other Fallout title. Beasts we’ve never seen before fly overhead or crawl up from the ground. We can choose to fight among ourselves or remain pacifists.

For the people upset that even Fallout 76 has microtransactions, they are 100% optional and cosmetic. There is no pay to win here. Hell, you don’t even have to buy Atoms! You earn them in-game from completing Challenges, and if you want to spend some real cash to buy Atoms, go right ahead. Even in ESO you need to purchase Crowns aside from the ones you obtain by being an ESO Plus subscriber.

Microtransactions, love them or hate them, have become an important part of gaming. Why, you ask? In addition to DLC, these add-ons allow developers to keep staff hired on post-launch, thus keeping as many people employed as possible. AAA studios like Bethesda employ thousands of people, providing them with healthcare benefits for the employee and their families. Yes, these are big studios working hard on creating new and exciting experiences for their fans, but once games ship, you hear about layoffs. Gamers are always saddened to hear about people losing their jobs or studios closing (but there are always the “Well, X sucked so good that they’re closing!” crowd), but the majority of us hate to see good, talented people out of honest work.

Every time I step up to defend microtransactions in games, I feel as though I am screaming into a void. Why are they so angry about cosmetic items? I understand if it is Pay to Play purchases, but that isn’t the case here. When I say it’s to keep people employed, they insist that these are big studios who already have a lot of money. Yes, games make money, but those copies sold mean people get paid, investors who fronted the money for development are paid back, and if the studio is lucky, there might be some bonus money for those people who have given up weekends and holiday time to ensure delivery.

The Evolution of Fallout 76

Here’s how I see Fallout 76 evolve over the years. Now that Vaults have begun to open and dwellers are exploring the vast American Wasteland, Bethesda will introduce clans (outside of the Brotherhood of Steel) and towns, meaning human NPCs to interact with. They’ll send us on fetch quests, ask us to look for loved ones who’ve disappeared, and pay us a handful of caps to exterminate raider camps. Over time, as the game grows, the things that people unhappy about holotape and bot given quests are complaining about will arrive.

Something we can all agree is a bit of a mess is inventory. I’m so glad that I invested in Perks that lighten my load, but I am still trudging through the Wasteland overencumbered and unable to use the Fast Travel system. I’m certain that inventory management will be bettered. Whether or not that means having a modified Stash Box of some sort that allows for unlimited crafting material storage like the Craft Bag available to ESO Plus members remains to be seen. It’s what I would appreciate, as the Craft Bag has been a huge help for my character. For those of you who aren’t aware, the character carrying max in ESO is 100 once you’ve upgraded fully, and your personal bank is about 200. If you purchase the ESO Plus subscription those are both doubled and all of your crafting items are shifted to the Craft Bag which has unlimited space. If Bethesda decides they need to do another subscription for this one, I’m hoping there is a discount for those of us also playing ESO. Obviously, I’d rather they didn’t need to go that route with 76. Paying for 4 MMO subscriptions starts to get a little pricey.

Another way to fix the inventory system would be to simply remove the weight of crafting items from the equation entirely. Everything else (chems, weapons, armor, food) would still maintain their weights. This would mean the removal of the perk that lightens the carry weight of junk but that seems like a small enough tweak to make. I’m no programmer but I did marry one.

I’ve been fortunate enough to not experience too many glitches or crashes *knock on wood*. The game did crash on me once during the B.E.T.A. period, and I’ve encountered a strange shading issue around Bolton Greens. I also got myself stuck in the foundation of my CAMP when I decided to run around before it had fully spawned, but that was clearly my fault.

For now, I will continue drinking soup that speeds up AP replenishment so I can move a little faster and eat as much Grilled Radstag as I can carry to keep my weight limit bumped up ever so slightly. I’m excited to see what the future has in store for Fallout 76, even if the rest of you aren’t.