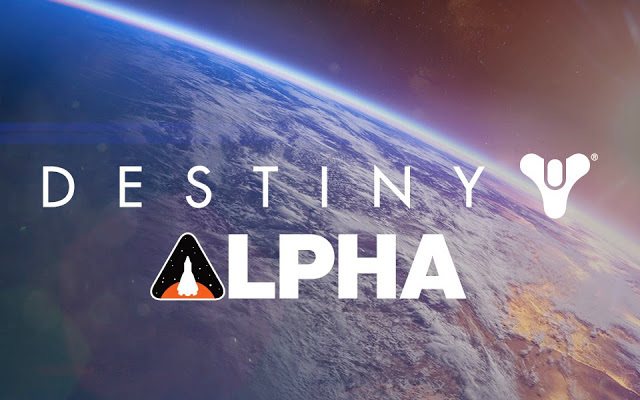 After being lucky enough to enjoy both the Alpha and Beta releases of Destiny (thank you, Bungie!!), I thought I would just share a few thoughts about both experiences. I’m not the most hardcore shooter fan, I stopped caring about Halo after the original trilogy game and I’m not into Call of Duty. When I play shooters, I want fun and engaging stories that allow me to play co-op with Matt or three of my closest friends and doesn’t rely on PvP stuff. PvP is just not enjoyable with a bunch of random people for me. Sure, when I can get a dozen of my best gaming friends together and maybe with some age appropriate beverages I’ll partake in some Capture the Flag. PvP is like the sprig of parsley old school restaurants put on the edge of your plate for garnish.

There were only a couple of events open to play in the Alpha, as well as open exploration of Old Russia’s Cosmodrome and some Crucible stuff (which I tried once). I ran through the two open events for the first time with the Hunter class female option and leveled her up to the level 8 alpha cap before plunging into the 3 person PS Plus required event. That very first event where Peter Dinklage told me all about the Wizard That Came From the Moon made me snort every time his character, my Ghost, said the line. I died a lot in that initial run as I learned the ins and outs of my new weapons and figured out how to take down the armored enemies with no help from the game.

I spent tonnes of time exploring the Cosmodrome and taking part in as many random events as possible. Taking down the giant Walker was one of my favourites to do seeing as there were almost always other people nearby waiting for it to drop. But one day I was bored when it seemed like I’d been farming for Engrams in the area and the Walker wasn’t dropping, so I ran into the hole in the wall (which was one of the quest pick up areas) and decided to see just how deep I could go without running into question marked baddies. Once I got past the main room the dingy forgotten halls were pretty much empty and eventually I came out to a field of long abandoned vehicles. Which, of course, made me wonder about the events that led up to this road becoming a graveyard and if I was even supposed to find this area at all.

Eventually I decided to try out the other classes, Titan and Warlock, and ran through all three events with some exploring until I’d maxed out three characters. While each one has some unique variations, I ultimately decided that the Hunter class was (so far) the class for me. I’d maxed out a few interchangeable skills in my skill tree and unlocked them but was having too much fun zipping around on my hovercraft to spend time tweaking much and getting to know what else those classes could offer me.

Being my second time around and knowing I had more time to sit back and really get to know what I could do, I quickly leveled up my new Hunter (nothing carried over) and discovered the added benefits of using different guns. Sure, I love my auto and pulse riffles, but I realized that the uncommon and rare items for both offense and defense had unlockable bonuses and would help expand my grimoire. I also tried to recall every nook and cranny of the areas I’d previously explored and located dead Ghosts so I could get those extra bits out of the way because I like to find all the collectibles.

Remember that car graveyard I mentioned before? Turns out that’s where DinkleGhost first finds my apparently dead body and brings me back to life. I wanted to explore the area but he kept nagging me to run into the building, so I did. I figured I could always come back the way I did during the Alpha, but I was wrong. The area was blocked off when I tried to make the return trip. Hopefully this isn’t the case once the game launches.

There were a few more story events opened up for the beta which was great. I don’t want to ruin them so I won’t talk about the main ones we were able to experience in the Cosmodrome too much, mostly because I’m sure other people have dissected them all on other websites and blogs. But I do want to talk about that very last Saturday: the day they opened up the first Moon mission that had been sitting there taunting me since Day 1 of the beta.

While everyone else was freaking out about playing the Iron Banner stuff in the Crucible (yawn), I logged in that Saturday just to see if any other events might have been taking place. Surely Bungie knew that not everyone cared about the Crucible. And as if they answered my prayers, I clicked on the Moon and lo and behold, THE MISSION WAS OPEN! Well, I was super excited and I had my level 8 Hunter with me (because she was still my favourite and even though I had maxed out my other 2 guardians I didn’t want to use them). Foolishly I decided to bump up the difficulty to nine from the default and what should have taken me 40 minutes or so turned into double that thanks to all the dying I did. 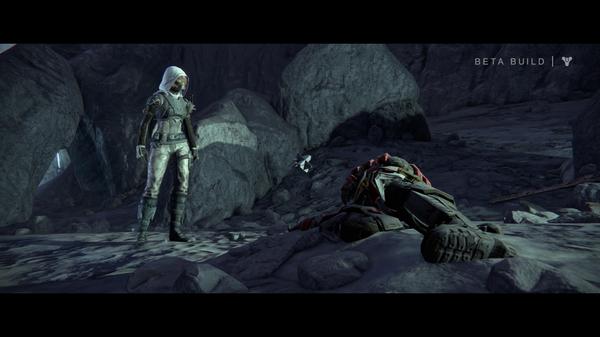 On the Moon, DinkleGhost has me looking for a Guardian who has gone missing. After checking out his last known coordinates, we head off in search for some sign of him only to stumble upon a cathedral overrun by the enemy. This is where I died over and over again but had so much fun doing it. When I finally cleared the mission, I went back for seconds but left the difficulty at the default setting; we were going to hang out with friends and I couldn’t make them wait because I was too busy slaughtering the Fallen. When I came home I discovered the mission had been locked up again so I said farewell to the beta and crawled into bed.

While I didn’t spend as much time with friends as I’d hope to (TKKN and Calither were the only buddies I could find online to play with), I had a great time just exploring what I could and helping out others in the area without having to really interact with them or listen to kids screaming through my TV. If they can deliver an experience that runs smoothly and doesn’t punish me for avoiding PvP, I can see Destiny getting some decent playtime this fall, at least until Borderlands: The Pre-Sequel shows up and steals all my time. 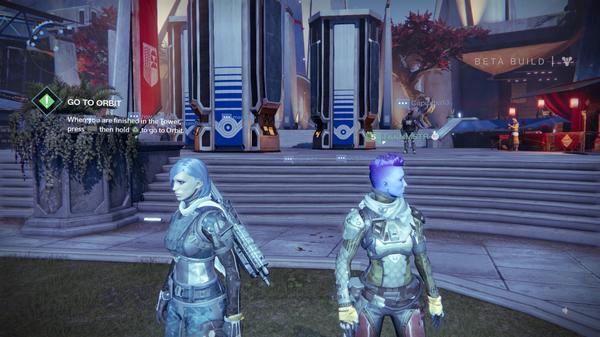