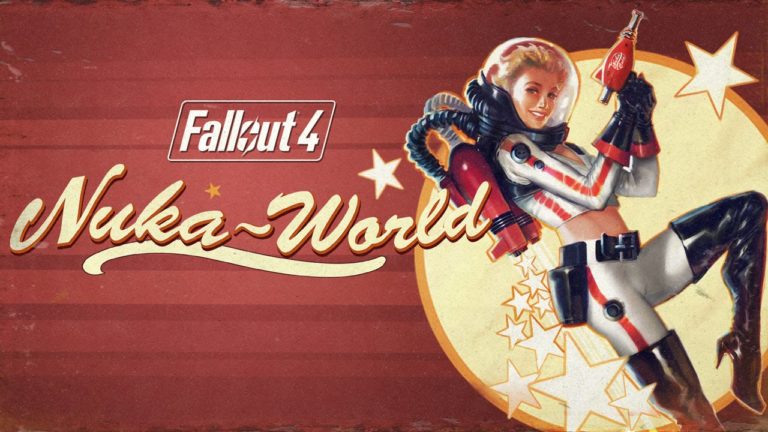 Fallout 4’s swan song Nuka-World dropped on the evening of August 29th here in North America. I would have dived on in but when I offered to play it for a while on the Loot Crate stream there was an anxious wait. I won’t lie, it was hard. Like, really hard. Me + Bethesda RPGs = <3

You don’t immediately show up at Nuka-World. Like Far Harbor and several other Fallout/Elder Scrolls games, you need to travel to the new map from a new location on the main map. This time it’s a train station under Raider rule. Paraphernalia featuring Bottle and Cappy litter the streets, as do long abandoned theme park merch. Yes, I grabbed every piece of it my grubby hands and Ada could carry. 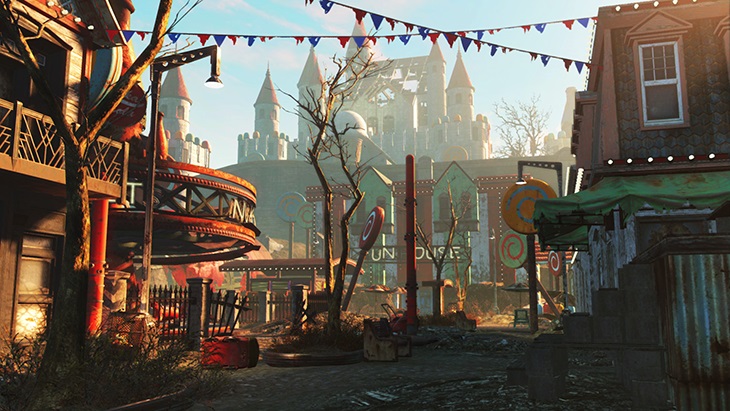 It’s a quick trip to get the monorail working again, then it’s all aboard for the scenic view of Nuka-World. I imagine they channeled the monorail approaching Magic Kingdom at Disney World but a landscape destroyed and decorated with heads on spikes. Dismembered bodies are everywhere. After all, Raider gangs run the place. And guess what? You get to lead them all to financial glory. Well, that’s the plan.

Now you’re tasked with helping the various Raider gangs expand their territory. This involves visiting the parks surrounding the main area and making them habitable. My easiest park to clear out was Dry Rock Gulch, but that might be because I invested in robot hacking perks so I was able to skip some of the boring search and kill missions. Unfortunately, that’s also the park that featured my least favourite new ugly, the bloodworm. I’d say the World of Refreshment is a close second, instantly making me recall the time I rode It’s a Small World last year. However, Disney does a much better job of keeping the water mutant-free. 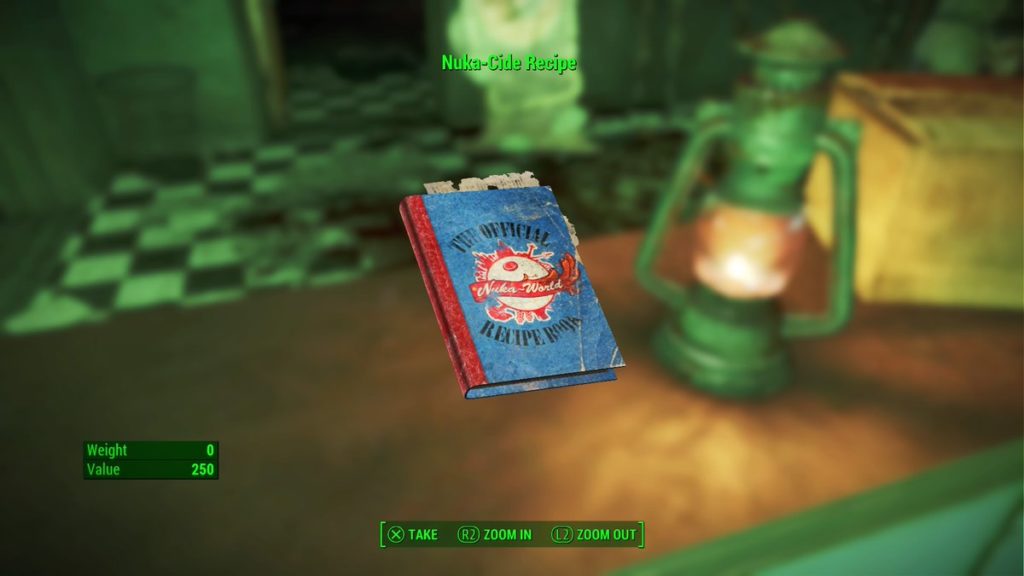 What about collectibles? Yes, there are a couple different booklets to keep your eyes open for. The first are blue covered recipe books that open up new Nuka-Cola mixing opportunities for you. So long as you are carrying the required varieties of (soda) pop on you and you’ve found the required recipe, you can walk up to any Nuka-Cola Mixing Station to whip up something new. The second booklets are the SCAV! magazines. Like the Islander Almanac, each of these comes with a new bonus attached. Of the ones I’ve found, they seem to be geared toward combat perks.

There’s also a hide and seek mission given to you by the Nuka Cola fanatic in the main entrance to the theme park. When I first saw her, I instantly wanted her sweet red Cappy eyeglasses. I was willing to kill her for them, but she happily gave me a pair so I could do a mission for her lazy butt. Wearing these specs let me see the hidden Cappy artwork scattered around the various parks, eventually leading to sweet Nuka Cola branded goodies. But I am never taking these off. Never!!! 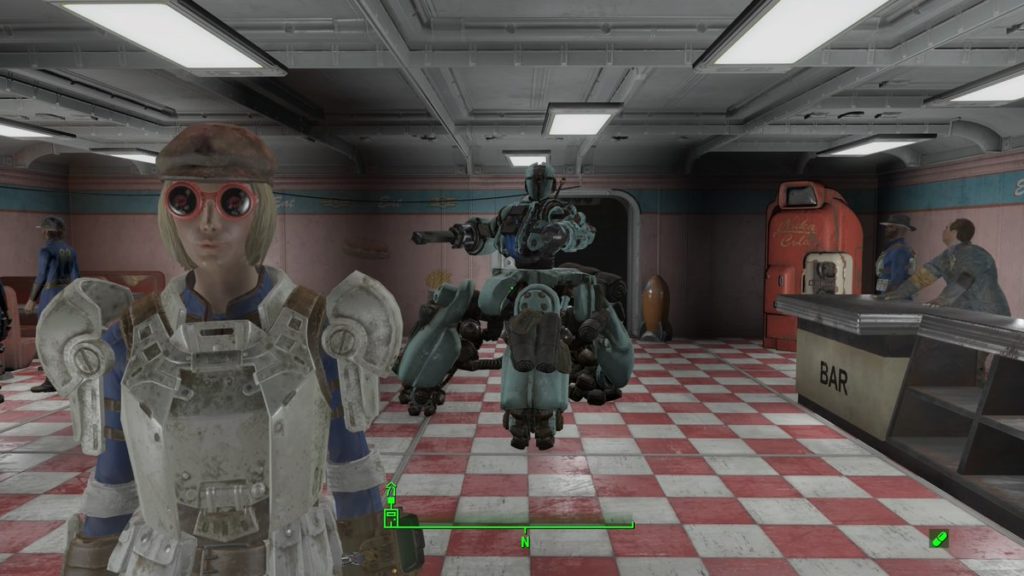 I was happily pushing through the main quest line when I was slapped in the face. These Raider thugs wanted me to undo all the hard work I’d put into settlement building. They expected me to just let them take over my little towns so they could expand their reach. That’s when I realized the “good”/proper ending to Nuka-World went against my Minutemen ending. So I made three saves: one to do the proper ending, one for the secondary option, and a third because it’s always good to have a back up. I tidied up those proper ending trophies, now I can explore Option 2.

The new buildables are fantastic. A variety of Nuka-World display pieces are available in the workshop, including carny games from Nuka-Cade. But my favourite new addition are the shop counters. Finally, proper indoor shops without those wooden kiosks that jut into the floor above! I plan on implementing these in every settlement over time. There’s also Raider stuff to build, which is cool if you’re investing time in earning the Wasteland Warrior perk and converting from Minutemen to Raider allegiance.

Nuka-World had a couple of weird glitches for me. There were a couple of quests where a character I was supposed to talk to for changing allegiance was not in the settlement they should have been. Other times those markers would lead to invisible people whom I could not interact with. Each time I ran into these issues I needed to save and reload for it to correct itself. Knock on wood they aren’t/weren’t game breaking.

So is Nuka-World worth it? I’m still on the fence. Maybe a few more spins on the teacups in Kiddie Kingdom will help sway me. Or maybe that secondary ending will do it for me in a way being Overboss didn’t. Either way, I know there is more stuff for me to excavate from Nuka-World and there are new things to keep me building until Fallout 5 drops.

* This post was previously published on The Daily Crate.