The Tomorrow Children has been on my radar since its 2014 announcement. As a huge fan of Q-Games’ PixelJunk series, there was never any doubt that I’d be supporting this title. I was also lucky enough to participate in both the Alpha (barely) and the Beta (a lot). The Tomorrow Children: Founder’s Pack dropped on September 6th and was purchased immediately.

What is The Tomorrow Children?

TomoChiru is a unique title. It blends community building with resource mining and throws in a splash of tower defense to create a Soviet-esque sandbox. You are a Projection Clone, tasked with working together in hopes of rebuilding mankind. The game draws on communist ideals like uniformity and equality, and pushes you to work cooperatively for the good of all. The policemen in your town all look the same, and the villagers you rescue from The Void are either old women or young boys. The only way to distinguish your female Projection Clone from your Comrades is to change your outfit, and some of these also come with game play perks.

Your goal is to repopulate towns to their max capacity (currently 500 inhabitants). Once you’ve done so, it’s time to move onto the next town. Just like the Littlest Hobo. 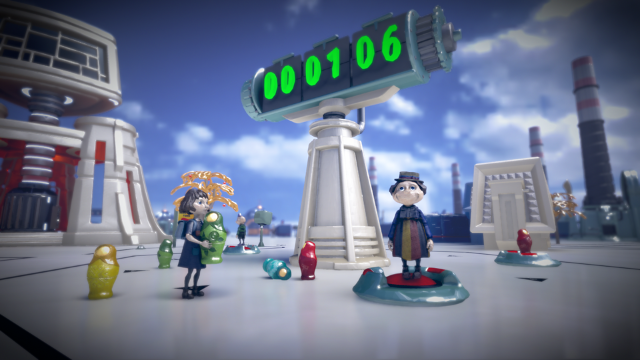 How Do You “Play” The Tomorrow Children?

So you’ve run through the tutorial and learned how to use your pickaxe. Now what? It might seem like a sensory overload when you arrive at your first town. Do you head out to an island first and mine for resources? Or is the town under attack by one of the various Izverg that inhabit The Void? It’s OK to stop and take a look around before diving head first into a task.

I like to start my time in a new town by checking out what the resource situation is like. Is there a huge pile of mined goods waiting by the bus stop to be put into storage? Then I’ll probably start there. If not, how is the power level? If it’s low I’ll jog on one of the treadmills for a while to bump us up a bit. Maybe there’s a building on fire that needs repair before its completely destroyed.

Once I’m done with that initial surveillance I’ll run over to the Union Shop and pick up as many supplies as I can carry to make mining go by smoothly. If I’ve got the Ration Coupons, I’ll take a pickaxe and chainsaw so I can do the basics: mine ore/gold and cut down trees. Shovels are great for making stairways, but until I open up more pack slots I don’t usually carry one. I am partial to hauling a shotgun around in case those tiny little mosquito-like Izverg are flying around.

While you’re spelunking, you might come across some colourful Matryoshka dolls. These are your future town residents, so long as you have built enough residencies for them. These little guys are fragile though, so be careful with them. If it falls too far or is in the path of an Izverg attack, they will shatter and cannot be fixed.

Now you want to take a break from mining and maybe make some improvements to your town. Fantastic!! Head over to the People’s Workbench and choose something productive to build. There are three areas you want to develop: Propaganda, Technology, and Culture. By building things that enhance each of these areas you will increase its level and earn perks for your town as a result. These can be things like reduced production costs or better consumption rates. Building is done by completing sliding puzzles, ranging from simple to hard, and will cost some resources.

Defending your town from Izverg attacks is important. In the Alpha and Beta we only had turrets available to build around the perimeter. These are great, but the Tesla Towers that are part of the final release are by far my favourite defense. These towers zap any enemy that comes within range, which is a big help if all comrades currently playing are mining out an island. 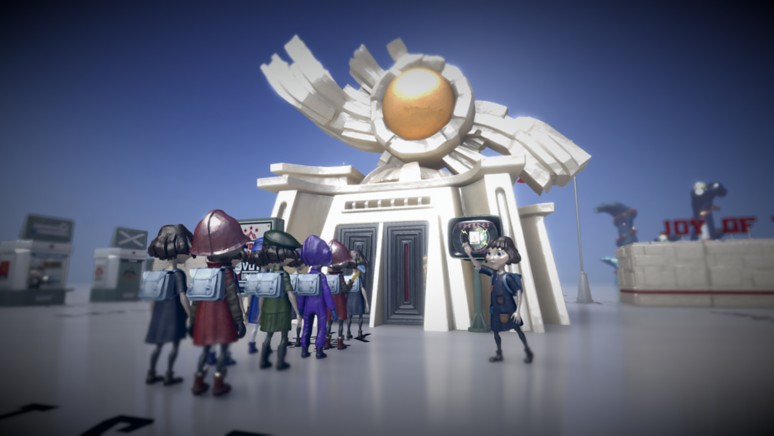 How Do I Buy Stuff?

Every action you perform is tallied up for you and in return you will earn the in-game currency known as Ration Coupons. Whenever you find yourself running low, or just every couple of hours or so, you can head over to the Ministry of Labour and see just how productive you’ve been. Ration Coupons are what you’ll be using to buy items from the shop kiosks built in town.

There is a paid currency option as well. Since The Tomorrow Children is going to be released as a Free to Play game, this is a typical addition to help support the game going forward. This paid currency is called Freeman Dollars and the only place where you can spend it is the Black Market. At the Black Market you’ll find more powerful tools, some cool costumes, and a variety of boosts. Because this is a PvE game with no PvP, purchasing Freeman Dollars isn’t Pay to Win or Pay to Play. Choosing to buy the EagleCorp Chainsaw means I can run to the island covered in trees and practically clear it out when the town is desperately in need of wood.

Keep your eyes on the ground for bonus Ration Coupons and Freeman Dollars. Sometimes when you perform good deeds they will generate on the ground near you. Free money! 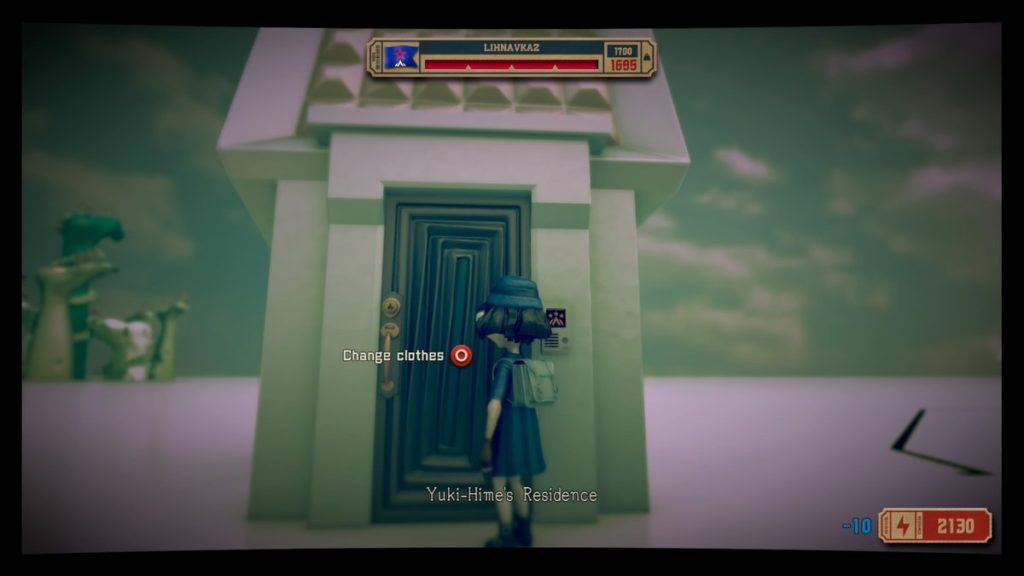 Finally, completing Requests will earn you medals that can be redeemed in VoidKa machines. The first one I bought was the one that gave me another slot in my main pouch for carrying tools. Look, I like to be able to carry as much as possible and I will always vote for the Mayor who promises me an extra resource pouch slot. And I will spend my Freeman Dollars on as many Secret Pockets as I can, although I have been eyeballing a couple of those Black Market costumes…..

So if community building in The Tomorrow Children sounds like a nice chill way to relax without shooting hordes of zombies, you can pick up the Founder’s Pack right now which comes with a nice handful of perks. Hopefully I run across you somewhere out there in The Void, Comrades!