Mobile games aren’t really my jam. The most played app on my phone is a free version of solitaire. I’ve also got Tumblecaps Retro, a game made by a developer friend of mine that I play from time to time, and Game Dev Story, which I haven’t touched in forever. I refuse to download Plants vs Zombies 2 even though I love the series to pieces.

But Fallout Shelter…. Now, I know it’s just a silly building resource game, but when Bethesda announced it at their E3 presser, saying it was out on iPhones that day, I was crushed as an Android user. Just how long would it be until I could waste several hours a day and need to keep my phone plugged in? That day would be August 13, 2015 – my 35th birthday! 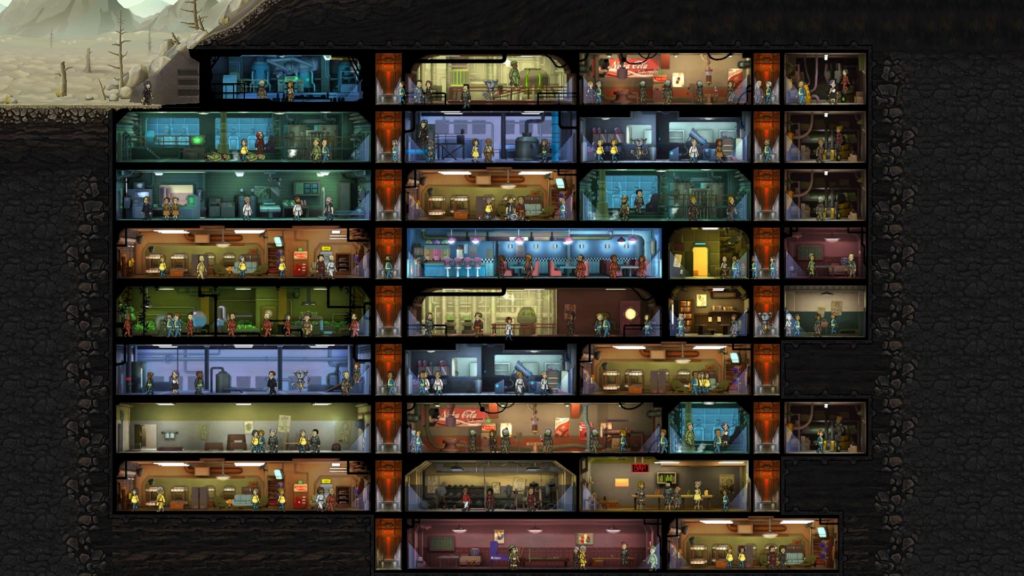 I was having problems sleeping the night before. My allergies were acting up, the house was extremely hot, and my husband was sick with a cold. In between games of solitaire, I’d be laying in the dark with the glow of the Google Play store illuminating the bedroom. It was sometime around 7am when I finally spotted the official Fallout Shelter app a few scrolls down the list and without hesitation tapped the shiny Download button.

Now, I’d also just been reading Hugh Howey’s Wool omnibus. People living 100+ levels deep in a silo is so similar to the vaults we emerge from in each game of the Fallout series. This plus my complete impatience to do nothing but binge-play Fallout 4 equaled creating my first test vault, Vault 813 v1, and playing until I finally fell asleep.

There’s definitely a learning curve here. You need to strategically place your rooms and elevators for maximum range and effect. Rooms too far away from a power source will shut down when your power supply runs low. Living quarters determine how many dwellers you can cram into your vault, and the best way to grow your population is by doing the horizontal mambo. Sure, you can build a radio station and hope to whatever God you believe in that you’ll get new blood, but then you run the risk of deathclaw attacks, and as someone who nearly lost all life in her 813 v2 vault, let me tell you, rebuilding after 3 consecutive attacks requires a lot of time and caps. 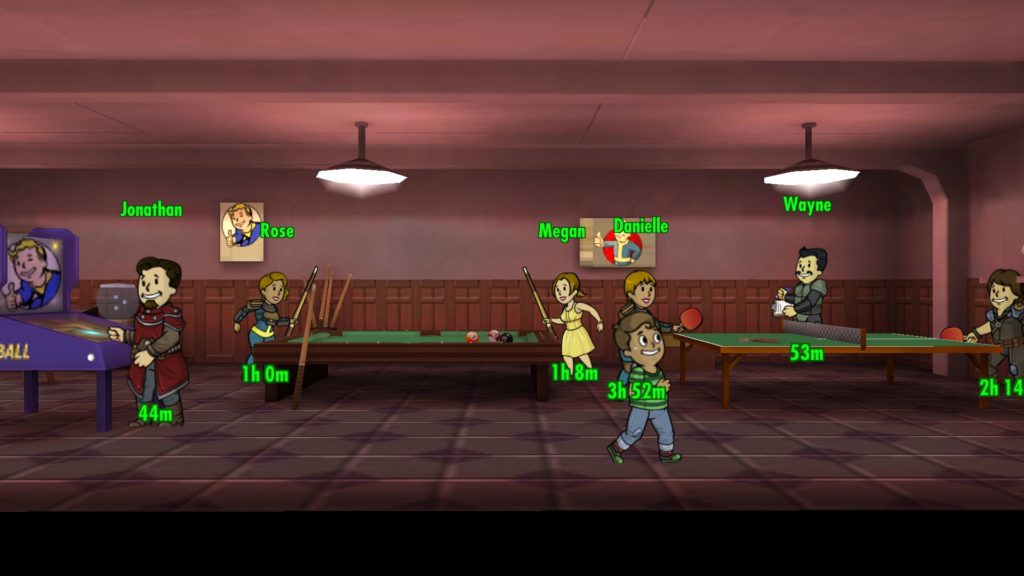 Best tip I can give you after playing for a week: build a Game Room as soon as you can. By boosting the luck of your underlings you’ll gain extra caps when collecting resources from a room as well as increase your chances of finding better gear when you send them to scour the Wasteland for supplies. I now have the original single room I built as well as 3 combined rooms which I use to boost my L as high as I can before cycling in a new person. These rooms are perfect for when your babies grow up and need something to do around the vault until you can afford to build another power/water/food unit. 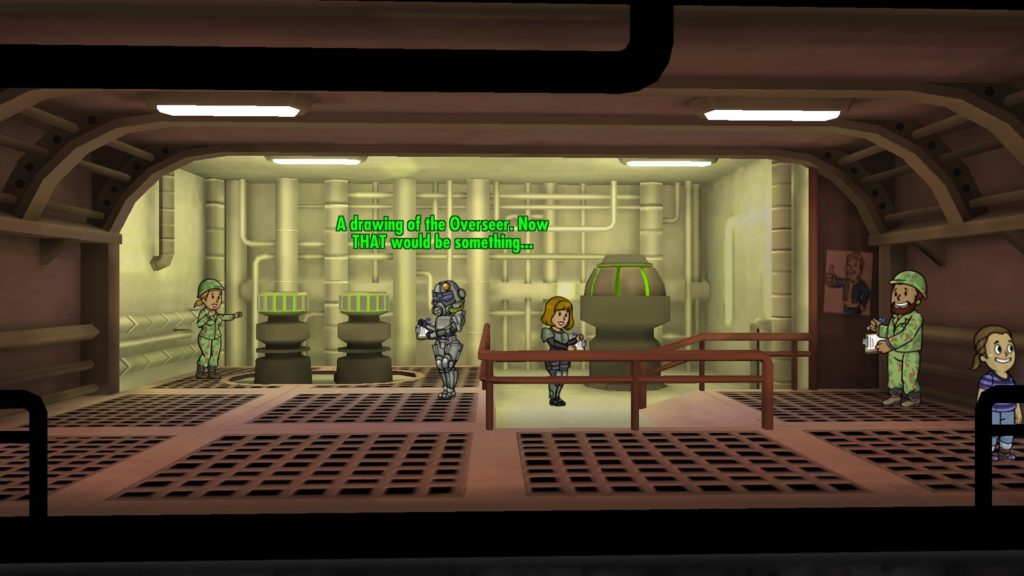 I’ve had 4 test vaults now (RIP 813 v1, 013, 111, and 999), with 813 v2 staying strong. I’m up to 190 dwellers, holding steady on resource consumption (for now, fingers  crossed), and all the strongest weapons and gear are with my workers on the first two floors. I did buy 5 Mr. Handys and 40 Lunchboxes, of which I’ve used 25. Odds of me making any more in-game purchases are extremely low, but when I remember how I said that about The Sims Social on Facebook…. well, I guess there is a slight chance I ignore my better judgement.