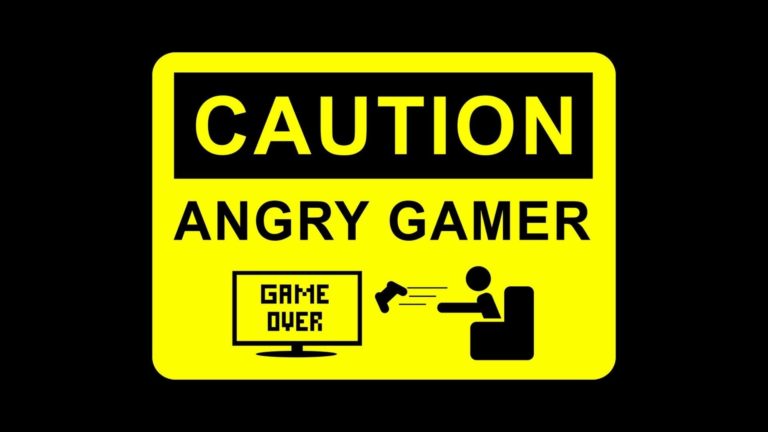 More often than not, video games are fun. You can waste countless hours staring at your TV, ignoring your responsibilities and immersing your entire being into the story at hand. These games take you on amazing adventures or simply help pass the time, and either way, you feel accomplished and better for having the experience under your belt.

And then there are the games so full of promise you pre-order them, religiously follow their development process, even make custom screensavers with the hi-resolution screencaps posted to hundreds of sites the minute they are released to the press. All this to only be extremely frustrated and outraged with the final product once you finally load the game.

When you review video games you are bound to have a game land in your lap every so often that becomes an absolute chore to play. You will think of all kinds of excuses to not sit down with that horrendous piece of code. There’s laundry to be done, you need to pick up the mess the dog left in the yard, or maybe you’d rather scrub the bathroom in a fraternity house. Anything you can do to avoid the inevitable hair-pulling, vocabulary-stretching and possible controller in the wall/TV will help you keep some bit of sanity.

Procrastinating can only go for so long, though. Once you run out of excuses, you force yourself to sit down, take a deep breath, and suffer through one or more of the following:

One of the more recent titles I’ve had the (dis)pleasure of putting in my DS was My Baby First Steps, a babysitting/parenting simulator geared towards the pre-teen female gamer. With an open mind I set forth on my digital toddler raising adventure. In my earlier days I spent many nights babysitting younger cousins and kids of family friends so I could spoil myself just a little. I knew just how tough it was to change the runny diaper of a squirming, screaming 15 month old and keep an eye on the other children terrorizing each other while I was in another room. How hard could it be to take care of one digital child just learning to walk and utter their first words?

Not more than five minutes into the game and the simple task of dragging the stuffed bunny toy across the screen to encourage my little one to crawl had already begun to wear my patience thin. Worried that the added pressure I was now applying to my stylus might damage the fragile screen, I put the game aside to resume once my hand returned to normal. It was off and on again with My Baby First Steps for a few days until I just couldn’t take it anymore.

An afternoon bath that I had performed successfully a few times in a row took a turn for the worse when the stylus’ movements simply would not register with the game. For fifteen minutes I re-scrubbed that baby all over and still the game did not register I had completed the task. That was the last straw. I snapped the lid of my DS shut, yanked the cartridge out of the system and threw it across the room, with expletives and noises of pure rage filling my apartment. I’m sure that three of the white hairs I yanked from my head that week were caused by that game.

Several months later, I am reading every press release and watching every trailer for Naughty Bear, an M rated game in which you hurt, maim and terrify your way through one map, earning points so that you can unlock new missions using that same level. Wash, rinse, repeat. At first the game looked like it would be a lot of fun. The marketing team did an amazing job. Too bad they didn’t tell you it was one level design that you would play over and over again and that there was a lack of variety in missions. Add on the fact that the game froze twice at the exact same spot finishing up the very first mission. I let it go the first time, but when it happened that second instance, I powered down my 360 and started to write my review of the game.

Of course I went back and gave it another shot. No reviewer should ever base a review of a video game solely on one level. At this point, I still hadn’t discovered that I’d be playing that same map over and over again until I could run it in my sleep. Dutifully, I ran the game again and again, not usually playing more than one or two missions in a session. No matter what the game threw at me there just was no spark. I finally hit a roadblock while playing a stealth mission that I just couldn’t forgive. That was it. The glitches, the boredom, seeing the same things over and over – I snapped. I quietly put my controller back on top of my system and found a pillow to scream into. All the disappointment and rage that had been building up inside me finally came to the surface.

When I come face to face with a bad video game, it breaks my heart. There simply is no excuse for bad games, especially now, in the Hi-Def, motion controlled generation we live in. Bringing a game to retail means that it is at its maximum potential. You have done everything in your power as a game developer to ensure that I am going to have an amazing adventure with your latest digital masterpiece. Releasing work that clearly needs more time in the studio is a slap in the face to the gamers who have been impatiently waiting to see the amazing journeys you promised.

That moment when I finally come to terms with the fact that my gaming heart has been ripped from my chest and trampled over by a legion of Darkspawn is the “rage-quit” rearing its ugly head. The heartache overwhelms the Wall of Tolerance, leaving me no choice but to scream, punch and flail my arms about wildly as I denounce the atrocity before me. No controllers or consoles have been destroyed to date, however there have been some game discs that found new life as frisbees….. until the wind carried them off to some poor unsuspecting sap.

If we didn’t love games as much as we did, we would simply put aside the controller and find something else to do. Alas, we are in love with the pixels and polygons, so this song and dance is one we will repeat over and over again in hopes that the next game will band-aid the scars left from ones before.

*Cues the song and prepares to dance*

Gamer Banter is a monthly blog-share project put together by Terry Bosky of GameCouch. This month’s topic for discussion was: What is the worst game you’ve ever played?

Please check out the other contributions.

Game Couch: The Worst Game Ever
Silvercublogger: It’s all about integrity
Master Kitty’s World: What were they thinking???
Zath: What’s the worst game you’ve ever played?
SnipingMizzy: What is there to love?
The Game Fanatics: What is the worst game you’ve ever played?
Pioneer Project: Making the best of a bad situation
gunthera1_gamer: The game I could have loved!
The Average Gamer: Gamer Banter: Worst Game EVAR!
Extra Guy: Battle Blaze — 700 pounds of ‘don’t do it’