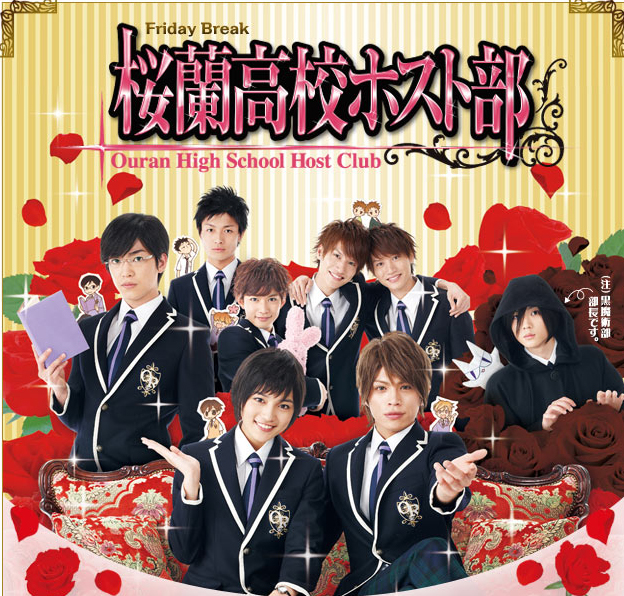 In the South Hall of Ouran Private School, life for honour student Haruhi is about to become much more interesting. She was just looking for a quiet place to study; instead she stumbled into the school’s own private male Host Club. Startled by this revelation, she knocks over and breaks an expensive vase, which she cannot afford to replace. To make reparations, Haruhi must work off her debt as Host. So she does so, letting everyone believe she is a male student, with only the members of the club knowing the truth.

Having Haruhi in the club begins to affect the others in this small, tight-knit group of friends. Tamaki, the group’s founder, can’t stop seeing Haruhi as a delicate girl in need of protecting, acting like a father would. But, in true shoujo manga fashion, Tamaki’s feelings for Haruhi seem more like those of a person in love with another. And let’s not forget about the twins, Hikaru and Kaoru, who are both struggling to understand these new emotions Haruhi’s presence has awoken within them.

Each week, the Ouran Host Club gang has a new wild and wacky adventure. From taking the club to the beach to something as simple as visiting Haruhi’s home, nothing is ever easy or simple with this group. And you can always count on the creepy Nekozawa of the Black Magic Club to be lurking nearby with his Beezelnef hand puppet. These eleven episodes lead into the Ouran High School Host Club movie which is opening in Japan in March of 2012.