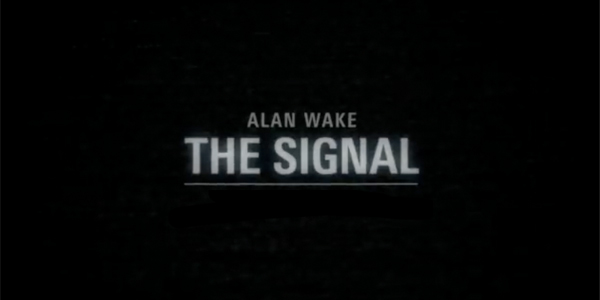 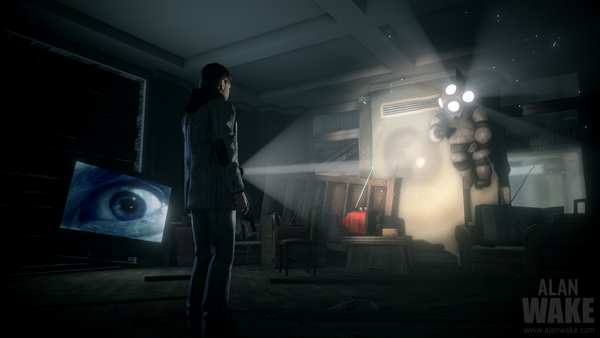 Months after finishing Alan Wake’s original content and downloading both DLC add-ons, I still hadn’t gotten around to actually playing the new episodes. I’d see the box for the game sitting on the top of my 360 shelving unit and think “Maybe this week”, but kept passing it over for something else. A couple of weeks ago, I finally sat myself down and played through the DLC thanks to stressing out over Catherine and wanting a change of pace.

My delay in finishing this extra content for Alan Wake was not because of the game itself. I loved the game (my original thoughts on it can be read here) and at the time was itching to get my hands on more. If anything, it was my gut feeling that these two episodes should have been part of the retail release, but due to having to make a release date, they were excluded and held back for polishing and rebranded as DLC. I was really hoping that I would be wrong, that these were just extra parts to the story.

Waking up to find himself locked inside his own nightmare, Wake makes his way through twisted versions of familiar locations, hoping to reconnect with Thomas Zane’s “presence”. According to Zane, Wake has left himself clues and assistance so that he can escape, which explains the phantom-like words and occasional pages of draft that flutter down to the author’s feet through out these two pieces of content. You’ll need to shine your light on the text if you want to replenish your depleting battery and ammo stashes, as well as opening up paths in order to progress. Plausible actions seeing as you are inside Alan’s imagination.

As I ran around this nightmare version revisiting old haunts with Barry’s “ghost” following me around, that feeling I had before I’d even begun started to nag at me. Here I was, searching for pointless collectibles and dealing with the evil and twisted side of Alan’s psyche, and I was right. Everything I was doing felt like it was always meant to be with the rest of the game from the start. And by the time I reached my destination, I was ready to throw my controller at something in anger of being right. I felt cheated and wronged, lied to by people I trusted to give me the best experience possible from the beginning.

But should I really be mad at Remedy for sacrificing those final two episodes in order to just get the game out? Or should I be angry with Microsoft, because we know they love to make calls favouring marketing schedules rather than just letting a studio get everything right the first time? It should have been clear to me when I saw the voucher for The Signal inside my limited edition box that someone from Microsoft was itching to see some profits from a game so long in development. Part of me knew – and it just did not want to accept the truth at the time. But now I can no longer deny that I was played.