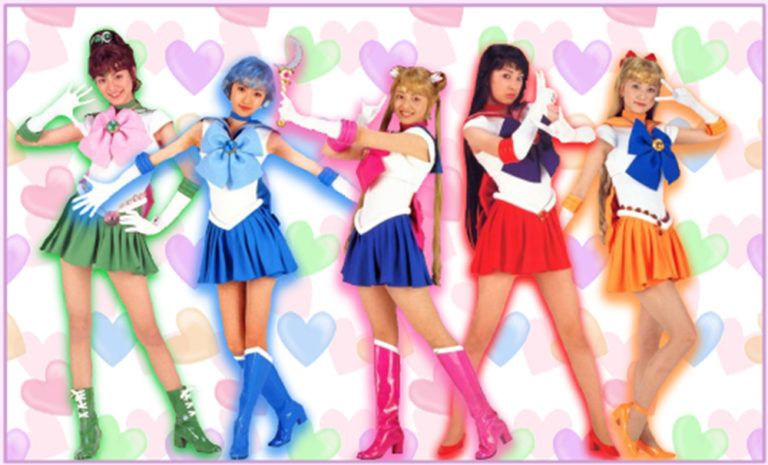 Pretty Guardian Sailor Moon holds a special place in the hearts of millions of girls all over the world, mine included. Naoko Takeuchi created the ultimate magical girls manga, which became an anime spanning 200 episodes and a few movies. It is the ultimate guilty pleasure for girls and guys alike. Alongside Dragon Ball Z, the Sailor Scouts helped popularize Japanese animation throughout the globe.

Turning it into a live action program was the obvious next step.

Definitely sticking with the darker side of the original story, the live action version of Sailor Moon focuses on the original five Sailor Scouts storyline. Beginning with Usagi’s encounter with a talking cat named Luna, she soon finds herself fighting monsters and searching for a crystal belonging to the long-lost Moon Kingdom. She is not alone in her search as she frequently crosses paths with a mysterious man in a tuxedo.

One by one Usagi and Luna recruit the other Sailor Scouts, using their newly discovered powers to save innocent people from falling victim to Queen Beryl and her minions. But not all is perfect with the Sailor Scouts as they must deal with Ami (Sailor Mercury) after Beryl influences her using her insecurities to turn her against her comrades. And when the Scouts do locate the Crystal, they are also faced with an awakened Moon Princess whose emotions run high, seeking revenge on those who destroyed her home.

While the story does not include another of the Outer Senshi and diverts a bit from the original Dark Kingdom arc, it is a great series full of cheesy but awesome CGI, humour, teamwork, friendship and hope. The 49 episode long series also has two special episodes, including the wedding of Usagi and Chiba after they encounter an enemy from their past who has a thing for creepy clowns and threatens to ruin their relationship.

I love, adore, sometime live and breathe Sailor Moon. I have a production cel of Sailor Neptune playing the violin. Sailor Moon was the anime that really sucked me into the world I live in now. It wasn’t my first venture into anime, but it was for a lot of young women and men, and what a great way to open the flood gates. Definitely recommend that fans of the Sailor Scouts check out this version of the most influential bishoujo series of all time.