Some people believe episodic content can’t hold up to a typical AAA release, or that the only great episodic stuff comes from TellTale Games. Camoflaj’s Kickstarter project Republique proves that other studios can use the model to create original content not based on an existing franchise that is just as thought provoking as the original BioShock or BioShock Infinity. 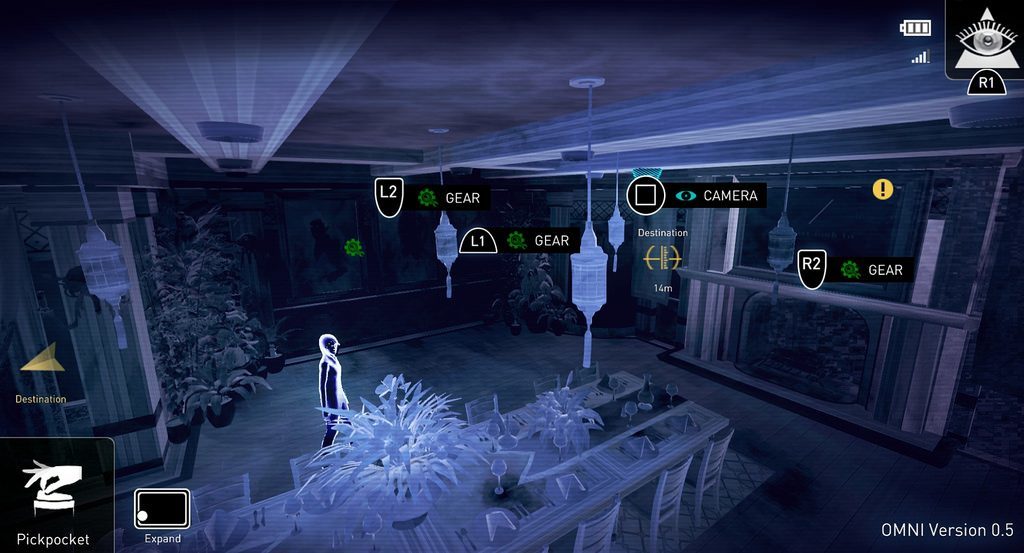 Republique is the story of Hope, a Pre-Cal (designation 390-H) living inside the totalitarian fortress known as Metamorphosis and ruled by Headmaster Treglazov, a man who shields his Pre-Cal children from free thinking and notions of seeing the world beyond. Someone has been infecting the young inhabitants with tainted copies of Treglazov’s Republique manifesto, and when Hope is confronted about the copy found in her possession, she finds an unknown benefactor assisting her escape through a cellphone smuggled into her room and the cameras that keep a watchful eye over the inhabitants of Metamorphosis. 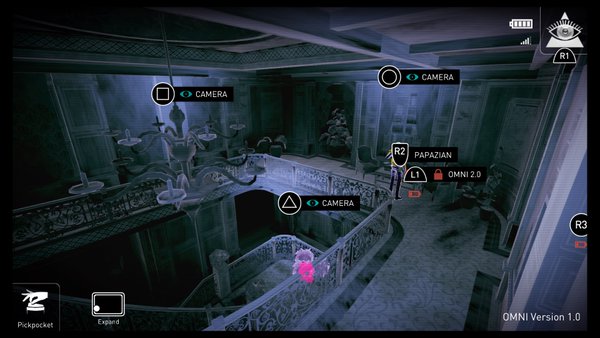 This game is a successful marriage of point-and-click inspired discovery and stealth gaming. Using OMNI view, you can scout ahead, observing the movements of the Prizrak patrolling the corridors which helps you plot the best course for Hope. There are containers that can be unlocked or searched to provide her with weapons and hiding spots (like behind the potted plant above) that give her just the right amount of cover when there are long stretches of hallway to traverse. But you must always keep an eye on your battery life; certain doors, activating distractions and deactivating scanners will cause it to drain, meaning you’ll want to be on the look out for confinement rooms which offer charging stations. I’ve often found myself scanning as far ahead with the cameras as my signal will allow and unlocking containers while in these rooms so I can immediately recharge Hope’s phone.

Hope can earn credits by scanning posters, reading newspapers, and other actions which can be spent using the computer banks inside confinement rooms. There are several new programs you can purchase for your OMNI view, letting you read emails and listen to voice recordings, thus opening up more background and earning more credits. And the more tools you have at your disposal to aid Hope’s quest for freedom the better. 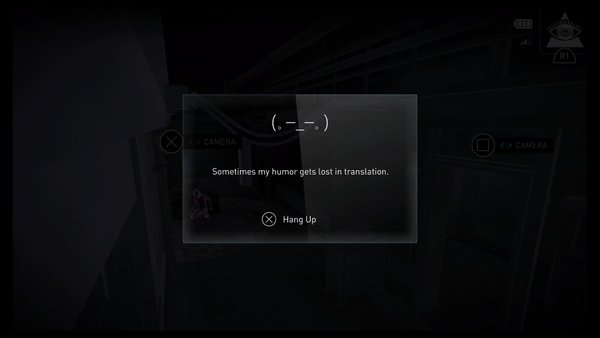 Also laying about Metamorphosis are copies of banned books and cassette tapes from a disgraced former occupant (voiced by the wonderful David Hayter) that can be listened to when you locate a cassette player. The Headmaster makes no apologies for burning books (one of which is Fahrenheit 451), and has much to say about these books when you select them from Hope’s inventory screen. His hopes of creating a world in which he rules through ignorance and manipulation are revealed through these thoughts and speeches.

Another fun collectible in Republique are the video game floppy discs you can pickpocket from some of the Prizrak guards. Several of these are nods to successful indie games, like Shovel Knight and Gone Home, two games sitting in my backlog. 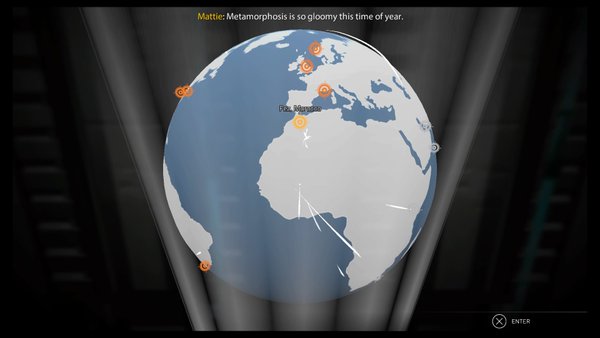 With the primary focus of this game leaning towards stealth, options for self-defense when caught are severely limited. Canisters of pepper spray and tasers can be acquired and used against Prizrak but you need to be aware of the types of armour they wear. You’ll mostly see two types of guards (all of whom are named after Kickstarter backers); those in a regular uniform that may or may not include a facial guarded helmet, and tougher Prizrak in ARC gear which protects them from electrical weaponry. If you do get caught, the guards will bring you to a confinement room and remove non-collectible items, leaving you with empty pockets.

Stealthy puzzlers have long held a place in my heart (I’m looking at you, Resident Evil franchise), so while the real push to keep to stealth with little ability to defend myself against the Prizrak has me on my toes, each episode has forced me to take an extended break between them. Plotting my way through each episode mentally drained me, so when I put down the controller after the credit rolls for each, I needed all kinds of distractions to help me recharge.

All five episodes of Republique are available for purchase digitally on for mobile devices, PC, with the PS4 also getting a collective retail release on March 22nd, 2016. If you love games that challenge you to run start to finish without ever being seen, I strongly urge you to give Republique a chance.