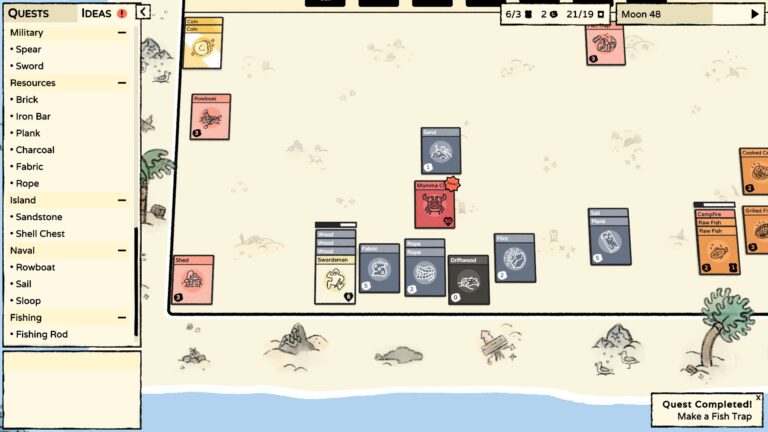 September 2022 has always been a relatively busy month for me. Over the past five years that was due to all the review coverage I was working on for PSLS and Siliconera. This time of year is when every studio starts dropping releases to hit that sweet, sweet holiday rush. Between Soul Hackers 2, The Tomorrow Children‘s comeback, and the Steam games I added to my library, I barely had enough time to explore Fallout 76’s The Pitt missions, let alone attempt anything in the backlog.

I didn’t think I’d enjoy Stacklands to the extent I do. It’s not like a regular deck building game where you’re getting the best cards to battle an opponent. If anything, Stacklands reminds me of an old board game I hated called The Farming Game except without having to deal with other players. I sucked so bad at that board game that I refused to play it. But this…. oh my larbs am I in love with this.

This game is all about stacking the cards from your booster packs in a way to create new and better items. Turn trees and rocks into wood and stone, feed your villagers with items collected from berry bushes and apple trees, build houses so your villagers can hook up and make new villager babies. It’s all about selling extra resources to buy more cards, feed the villagers, and do it all over again until you slay the final boss. The learning curve isn’t crazy; unlocking new packs and acquiring new Ideas to expand your knowledge base is pretty steady.

One of the neat things I love is that you can “explore” dungeon cards. You can only set on villager on a dungeon card, but they’ll keep exploring a dungeon until you remove them from it. Explorers will find things like coins, old tomes, more people for your settlement. But they can also uncover enemies. Keeping an eye open for any red cards that appear on your playmat is so important. Enemies will attack right away whereas strange portals might take a minute or two before spewing monsters. Drag your villager cards toward the enemies to initiate defensive maneuvers. It’s best if you’ve given them some weaponry, like a spear or sword. I’m still exploring random dungeons in hopes I find the elusive Dog card soon. It’s just one of about 5 cards I don’t have in my database.

Due to distractions (cough Tomorrow Children cough), I am only about half way through the Soul Hackers 2 story. The Soul Hacker/Demon Summoner games have always been an intriguing part of the Shin Megami Tensei universe for me. SMT proper walks the lines of saving or destroying the world, Persona titles focus on righting an injustice. While I am enjoying this sentient information-based entity self-manifestation intervening in human affairs, it is taking me a little more effort to stay focused on playing it. Partly because I am playing other things, and partly due to hitting the game’s mid-point. I need to spend more time grinding and creating more powerful demons for my roster.

It’s not my all-time favourite game in the SMT franchise. That said, it isn’t a horrible game, and if I were still professionally reviewing games odds are it would have landed somewhere between a seven/eight on a scale of ten.

Yes, I am still playing Fallout 76. Typically at least an hour a day, long enough to run as many dailies as possible and earn those precious S.C.O.R.E. points. You can’t just go to The Pitt. First you need to hit up Whitesprings and help various NPCs just to collect fuel for the chopper. These are fairly simple; donate scraps, help out in the kitchens, or go on a quick information run. Once your fuel capacity is maxed out you can initiate an expedition.

While The Pitt takes you to a setting made familiar by Fallout 4, it plays a lot like Daily Ops. You’ll be dropped off in the crumbling streets of Pittsburgh and need to meet up with one of two contacts. Each one has a few slight alterations to the event you are about to run. So far my runs have consisted of: 1) collect items and any bonus items if you want/can, 2) oh no, now there’s an extra thing you need to do! and 3) get back to the base but there are these rabid monsters called Trogs you need to fight off and save the survivors in the Pitt hangout from.

Perhaps things would end better and I’d earn more of the special stamp currency if I ran these with other people. As it is I never clear that last trog-blocked hurdle. My desire to play Fallout 76 either alone or only with friends means I am only earning five stamps at a time. And eating through all of my best ammo. 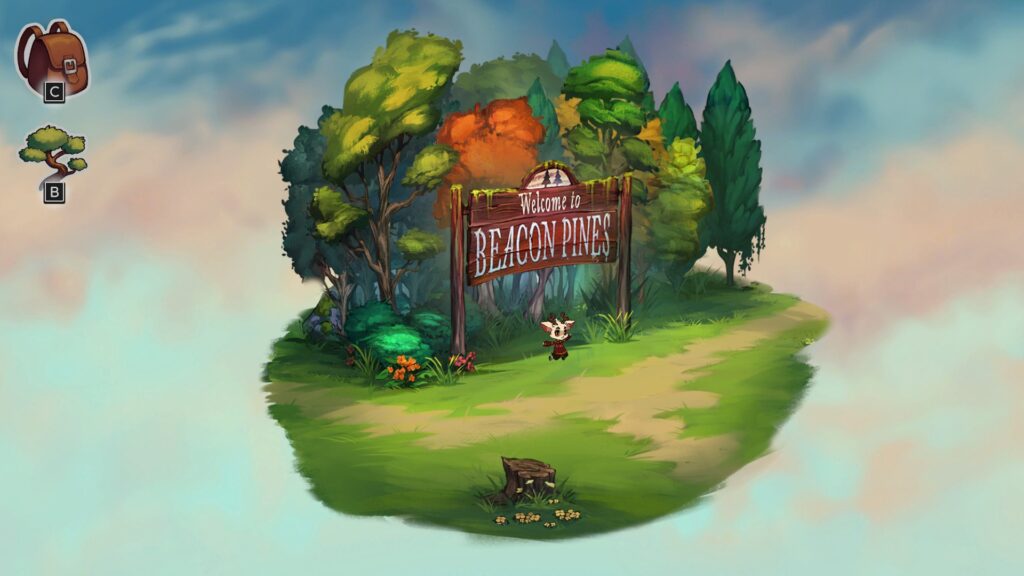 These weren’t the only games I spent time with in September. However, I feel like the other two (The Tomorrow Children Phoenix Edition and Beacon Pines) deserve more dedicated space than this round-up post. So that’s the plan. More on those to come shortly!