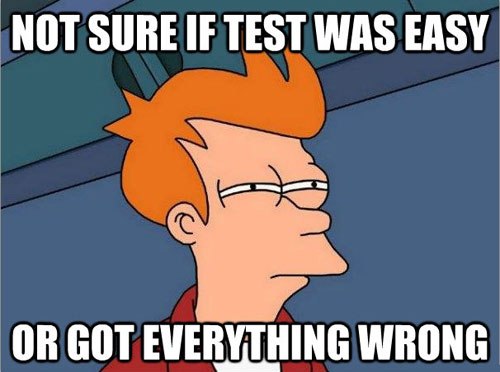 Some people have a fear of failure.

As a child, I did not have this fear. I did well in school, read at a grade 6 level when I was in grade 2 (thus devouring every non-reference book in the school library and having to get a public library card early on), I played street hockey in an era where no one wore helmets or padding. The only time I was really ever scared was when riding my bike down steep hills after an accident one summer had me chewed up by some thorny bushes. I mostly got over that, with the exception being that lone hill.

My formative years as a teen were relatively fear-free. Hell, I chopped off all of my hair knowing full well that my mother was going to blow her top off about it. It was her fault though; she forced me to get an atrocious box perm which fell out in chunks. No one wants to walk around town looking like that.

It wasn’t until I got into a relationship with another Leo that I began to know fear. The fear was not physical, it was purely psychological. He mocked my love of writing and the ideas I had for a novel but had no problem conning me into writing his college papers. His hatred for sports took me away from the junior hockey team I had been supporting for years before I’d met him. His insecurity with his own voice made it so I was forbidden to sing to any music whatsoever. And even though we’d met online, I was not allowed to use the computer unsupervised or even get a gamertag for the Xbox or PS3.

I lived day to day afraid that I would do something wrong and find myself homeless.

Even once I’d gotten out of that relationship, I’d find myself second guessing everything. Did I really have what it took to write after all? Maybe he was right and I should give up on my dreams. And so I drifted along lost in these thoughts for some time. Until I met my husband and found an abundance of love and support.

Something few people know about me: I did not finish high school. Grades 9 through 12 were a mess for me; one year I was in boarding school, the next year kicked out before classes started so I homeschooled. There is nothing wrong with homeschooling when there is a support system and teachers in place. I, however, was given a pile of text books with answer keys and left alone every day to learn by myself. All because my mother refused to let me go to a regular school and her borderline cult Catholic church did not “teach” the older kids. When I was 18 I said enough was enough and enrolled in a high school for people who needed to get grades up and catered to athletes who spent time on the road. I paid for it myself with the money I made working my part time job at Burger King, no help from my parent. I managed to stick with it for a semester before things at home got bad and I ran away from my problems.

One of the promises I made to my husband was that I would get my GED. We went to the bookstore and brought back one of those giant study guides heavy enough to knock a person out with. And I read it. I read about half way through until I hit the sciences section and thought it would be a great idea to research testing locations, times and pricing.

I psyched myself out.

After seeing that in Georgia they expect you to take the entire test in one day at something like $800, I panicked. I figured I’d be doing maybe a couple of chunks at a time over two weekends, giving me extra study time in between for the bits I was unsure of. What if I bombed? It’s not like here they let you just retake the sections you failed. Failure means another $800 and 8 hour day of testing. My mind went straight to the money at that point. It’s unfair of me to have my husband paying $1600 or more if I fail.

So I stopped studying. I made excuses as to why the GED book was on the shelf collecting dust. I went back to my comfort zone of playing games and chatting online.

It was after following a friend’s writing progress that I found the courage to go back to that story idea that I had so long ago and start writing it. Matt took me shopping for some of the things I wanted (binders, insert sheets, poster board, etc), showing me support as I’d never seen before from people in my life. I’m still hesitant about it. Some days I open up my document and just stare at it, wondering if I’m good enough and if I have what it takes. I’ve even named it Shitty First Draft, giving my mind permission to not worry about how great the draft turns out. Most days I add to it in some way, either to the draft or fleshing out the world and characters in it; other days nothing is written and I leave it open while I busy myself with things around the apartment. No matter what, Monday to Friday, that document is opened. That is the first step.

Now that I’ve taken baby steps towards overcoming the fear I had regarding my writing, I’m finding that I don’t want to turn 33 this year without getting my GED. It’s been 15 years since I’ve been in a classroom, dreams of attending college in my head. While I am scared shitless about failing and having to repeat the test, I am more upset that I have disappointed both myself and my husband for not having done this sooner.

I will overcome my fears this year. I will get that GED and I will finish the Shitty First Draft.