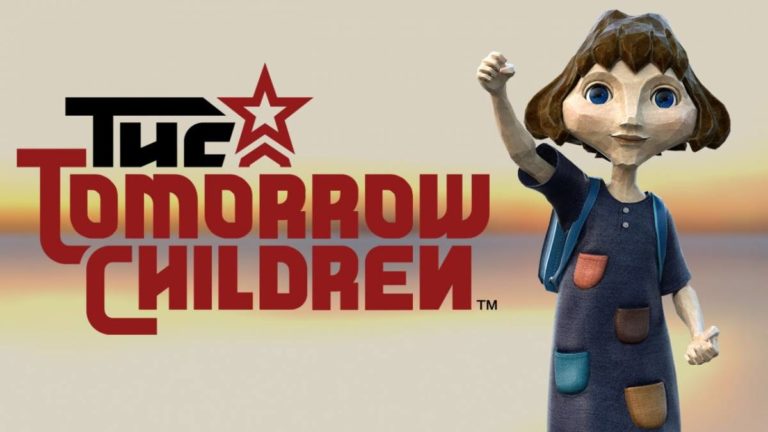 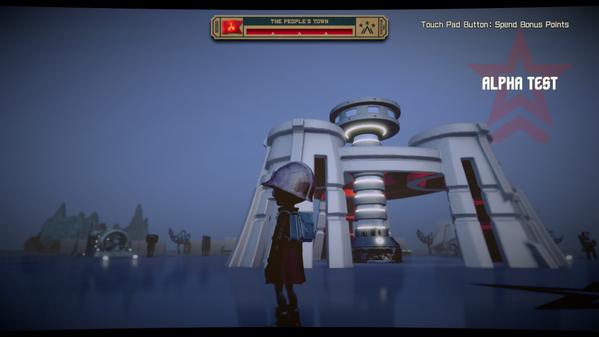 Watching game developer streams on Twitch pays off. After feeling bummed I didn’t get into the Tomorrow Children Alpha via the PlayStation sign up page, I was able to get a code the Thursday of the final alpha weekend. So for the last Friday & Saturday of the alpha I was glued to the game, no matter how many times I was asked to play Destiny.

The best way to describe Tomorrow Children after spending time in the alpha is to call it a sandbox cooperative world building simulation. Now, Dylan & the team at Q-Games might have a better genre classification than that, but that’s what I am going with until I find out what that is. In any case, the alpha starts up with this Soviet Russian era gentleman letting me know that the body I am inhabiting isn’t really my body and sends me off to work to rebuild the world. I’m hoping there will be more in the final version because while I know that this is all because an experiment went horribly wrong, I want to see the event happen. Or at least a video game friendly version.

After the intro clip you get to choose your player type. While all of the character models in the alpha were female and look the same, they do wear different outfits and have varying perks depending on what sort of job type you pick. Ultimately you can do whatever sorts of things you want to in the game, but being a miner will grant you different bonuses than a regular citizen, etc. In one of the towns I played in there was a player who crafted trees and spent most of their time collecting food from their branches to keep our supplies up. There were others who seemed to wait for Izverg attacks and hung out near the turrets so they could blast them. I spent a lot of my time exploring the islands that appear in the Void for resources and collecting crystals dropped by defeated spiders (yes, another game with icky spiders) or harvested from fallen Izverg.

Your town starts out small. There are no citizens other than the players and it’s pretty barren. After checking out the shops located near the Ministry of Labour and getting picks and shovels, it was off to check out the islands. There is one island that doesn’t disappear, the tutorial island. This is where you can get the hang of things, find the first few resources to start hauling back to town. There are trees you can collect fruit from or saw down for lumber, coal deposits, and gold veins for metal. Once you feel like you know what you’re doing, you can head off for one of the larger islands by hopping the bus.

I’ve seen four types of islands spawn during the alpha, one at a time lasting for about an hour or so. While I love the one that’s a bunch of feet, I hate the little flying buggers who seem to infest the place and no matter what type of gun I have I just can’t seem to land a shot on them. When that island spawns, I head over with an empty bag and haul as many resources as I can find littered around the ground over to the bus to get hauled back to town. One handy trick I discovered by watching others play was tossing items ahead over and over until getting to the bus stop, at which point I had to individually set each one to auto-load. The most I’d been able to carry in my bag at a time was 16. That was because I had used my bonus points to up my bag storage and then purchased a perk from one of the machines around town that doubled my capacity. I never wanted it to end.

One resource you can’t stuff into your bag are the Matryoshka dolls. It would be so much easier if you could, but maybe that will change in the final product. Matryoshka dolls are brought to town and placed on the red buttons around the giant spinning counter. Once all of the open red buttons have dolls in place magic happens, and Voila! You now have citizens in your town. They don’t really do much, just use up resources. This is why it’s great to have people who prefer hanging out in the town to pick fruit and run on the electricity generator.

Crystals are one of the most important resources since that’s what you need to upgrade your town. There is a balance you need to maintain though since you don’t want to dump all of your crystals into town hall because there are crafting items that also use them. We were able to upgrade the town hall twice in the alpha. The first time it expanded our town limits and added some outbuildings I’m thinking are houses, as well as a chapel near the resource dump that you can visit when you need healing. That took us 25 crystals or so. The second time I watched us level up we grew more and a giant automaton was constructed, however we were unable to use it. I’m really hoping that we’ll see some awesome mech on kaiju battles with it in the full game.

There are two types of currency in Tomorrow Children: ration coupons earned by helping the town and collected by visiting the Ministry of Labour, and Freeman dollars which randomly drop near you when you’ve been working hard. Ration coupons are used to purchase items from the vendors in town and at the perk machine, and you’ll want to help out and interact with your fellow players to earn as many as you can. Freeman dollars are spent at the black market, which was accessed by tapping the triangle button. Here you could buy awesome versions of items you can also find at the vendors, but with way more uses per item or special emergency things not sold in stores.

One last thing. It’s important to make sure you are well illuminated. Since you aren’t really in a body and a projection, darkness hurts and will quickly kill you. Flashlights and mushrooms will help you stay safe when excavating islands and crafting several lights for your town to keep you safe at night is a must. In particular, make sure you put a lamppost near every turret you build. Monsters attack no matter the time of day so keeping them well lit is super important. Flashlights can be set on the ground to light up the space around it so use them only if you can’t use a mushroom. The only glitch I had during my 14 or so hours was that my flashlight would fall through any Izverg I was mining for crystals no matter where I put it and no holes to be seen. Hopefully that really is a glitch and will be fixed because sometimes it gets really dark in there.

I know this might be a TL;DR sort of post, so below is an archived video of my first 6 hour playthrough via Twitch that you can check out. Summary: I loved it and can’t wait to see what the end game for Tomorrow Children is. Thanks to Q-Games for hooking me up with a code! =)