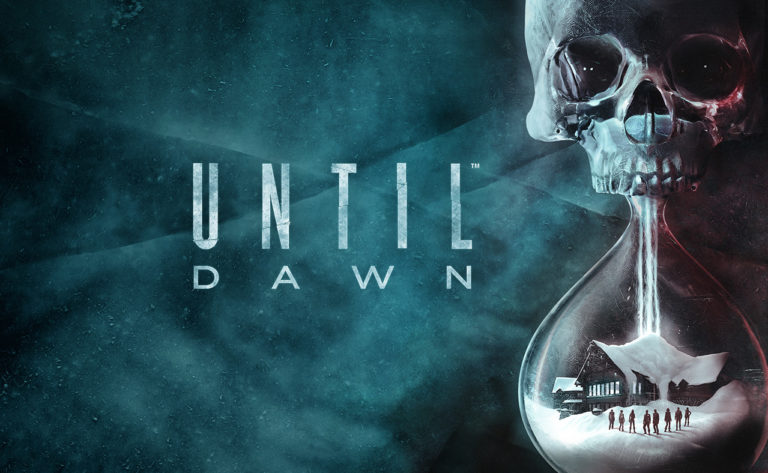 It’s been an awful long time since Until Dawn was originally announced, and I’ve been stalking all news of this B minus teen slasher movie ever since. It came out this past Tuesday (sadly no midnight opening at my GameStop for Madden meant I had to wait until that night to pick it up) and over the course of two days I had completed my first playthrough.

Located somewhere in the Canadian Rockies, the fictional mountain Blackwood Pines is owned by the very rich Washington family. The main lodge sets the stage of this game, where the family’s twin daughters Hannah and Beth, and younger son Josh bring their friends for a weekend getaway. Because those never go wrong. When one of the twins is the target of a malicious prank, the other chases after her into a winter storm. But they are not alone and unfortunate events follow.

Once upon a time Sony planned on making this a Move game for the PS3, one of the reasons I bought into the Move (alongside Sorcery and Puppeteer). While motion controls are still an option, I chose to play using the traditional control sticks. Wandering around the Blackwood Pines lodge just seemed a bit easier to do using standard controls. I may attempt to use motion when I replay one of the chapters and see how that goes. 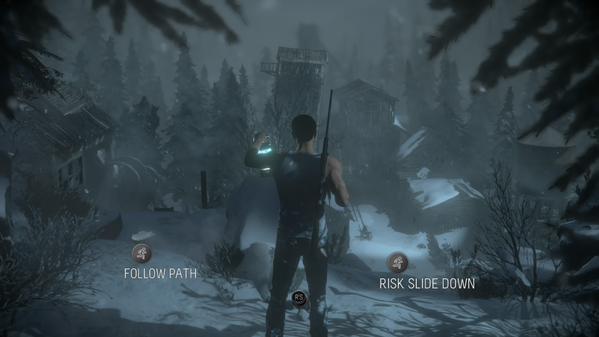 Until Dawn is all about choices and consequences. Relying heavily on the Butterfly Effect, every choice you make in the game can lead to seen and unseen effects as you continue to fight to keep your eight teenagers alive until morning. When you make a choice that will have such an effect, butterflies appear in your top left-hand corner. Along pathways and hidden in alcoves you can come across Totem pieces, each of which has an extremely short video which may or may not come to pass depending on your actions. I can count at least five instances off the top of my head in which these came in super handy.

Along with exploration and decision-making, be prepared for a lot of Quick Time Events. Now, some people hate QTEs. I’ve been in love with them since Shenmue, even though I wasn’t as quick on the buttons back then as I am now. Most of these come when running or climbing, so make sure to keep your fingers limber.

With several mysteries in play in Blackwood Pines, there are oodles of hidden items to discover. As you find yourself leading the cast through the various abandoned locales on the mountain, there will be pictures, journals, and creepy items to help you unravel the truth behind Hannah & Beth’s disappearance as well as other questions you will discover. One of my absolute favourite finds was the postcard posted below. Calgary is my hometown and does not get enough love in the video game world. 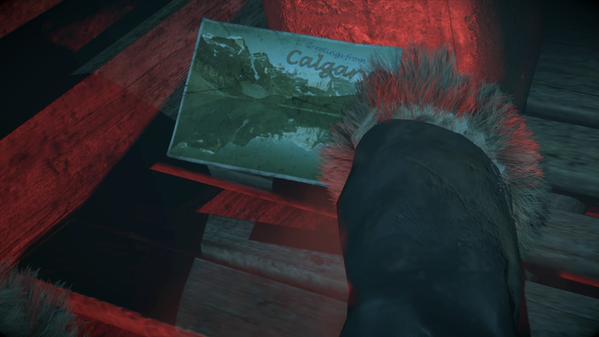 Everything about Until Dawn has been perfect. The story is engaging, the casting and voice over work is dead on, and the visuals are stunning. While I’m not the biggest fan of using actors’ actual appearances in video games, this was a bit of an exception, making it much more like controlling a horror movie myself. And having Peter Stormare in the game as the mysterious therapist didn’t hurt at all. I love Peter Stormare’s acting ability.

Now that I have completed the game, the option to replay individual chapters and thus alter things I had initially done has opened up. This allows me the chance to find items I’ve missed and do my best to save all of the teens. I made a very bad choice at the end of the game which left me with only three survivors instead of the six I should have had, but that still would have left me with two dead. There are also several more trophies to unlock, some of which will require tough choices. There is so much replay value with this game that makes it well worth the $60 price tag.

Update: I streamed the majority of Until Dawn as part of Extra Life 2015, and uploaded them to YouTube. If you’d like to view the progress from my second play through, you can check them out below. =)