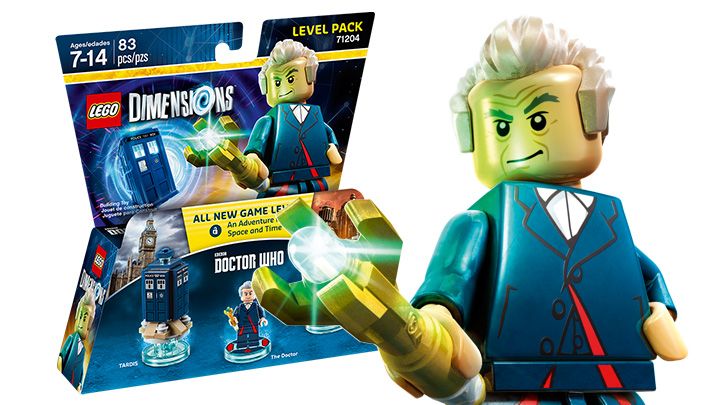 Have I mentioned how much I love LEGO games? I’m pretty sure I have, but in case you missed it, I LOVE THIS FRANCHISE! LEGO Dimensions has taken all the best parts of LEGO games and given us building sets which are so much better than pre-built toys that can’t be manipulated. And yesterday, Doctor Who joined the team. 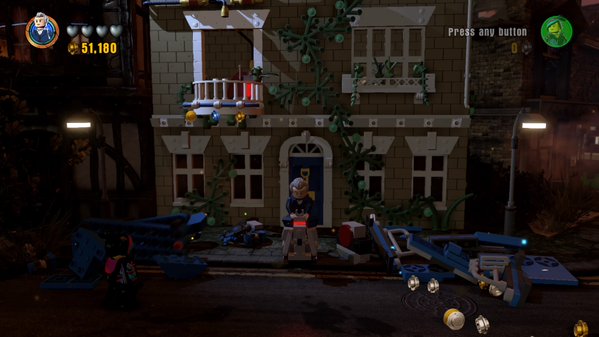 After arguing over which of us got to build which characters (I only got to build K-9 in exchange for building the traditional set that comes out December 1st), the husband and I sat down to play through a Dalek-based adventure level with the 12th Doctor. Wyldstyle was his Companion for the majority of this level, using Bad Cop as needed. We explored Past, Present, and Future versions of London, with a quick stopover at Trenzalore. Silence and Weeping Angels made cameo appearances. We squeed with glee the entire time.

Once we cleared the adventure level, we landed in the Doctor Who sandbox. If I thought the Back to the Future open world was big, well, I just got schooled. Using the discombobulators, we traveled from 21st century London to Skaro, Trenzalore, and other areas which can be connected to the main chunk of London. Each of these areas has hidden Gold Bricks and at least one character quest.

Some of my favourite Doctor Who minor Companions are wandering about the world. The first one I found was Osgood, lurking near the original discombobulator. Vastra, Jenny, and Strax are all here (and I still haven’t figured out how to do Vastra’s quest yet). But the one who pops up all over the place, which means you know she’s up to something, is Missy. With all the voices provided by the original cast members, everything just feels so magical. 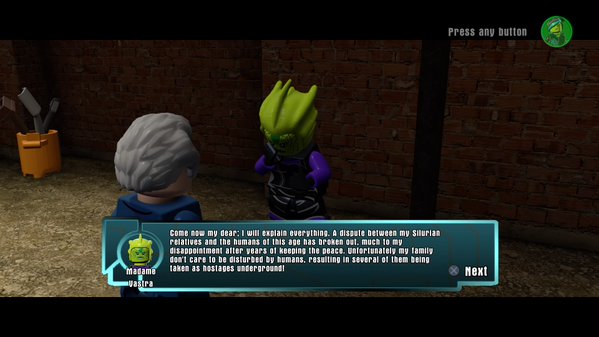 It took us a minute to figure out how to unlock the previous Doctors, but once the husband decided to try falling off the map, we had it! With every regeneration, simply go inside the TARDIS and check out the interiors based on their own TARDISes. That seemed to do the trick, and he spent a good 10 or 15 minutes going through this process. Also, there is a great little Easter Egg with the War Doctor for you to check out.

January cannot come soon enough, as Wave 3 brings us a Dalek and Cyberman to add to the collection. My fingers are crossed that a potential future set includes River Song and a Weeping Angel, mostly because I want to hear her call Twelve “Sweetie” and hear his responses, preferably ones referencing his eyebrows. (Christmas special, I’m looking forward to so much of this!) And a Weeping Angel because they are one of my favourite WhoVillians.

Now back to your irregularly scheduled Timey Wimey Stuff!

*This review was previously posted on The Daily Crate.