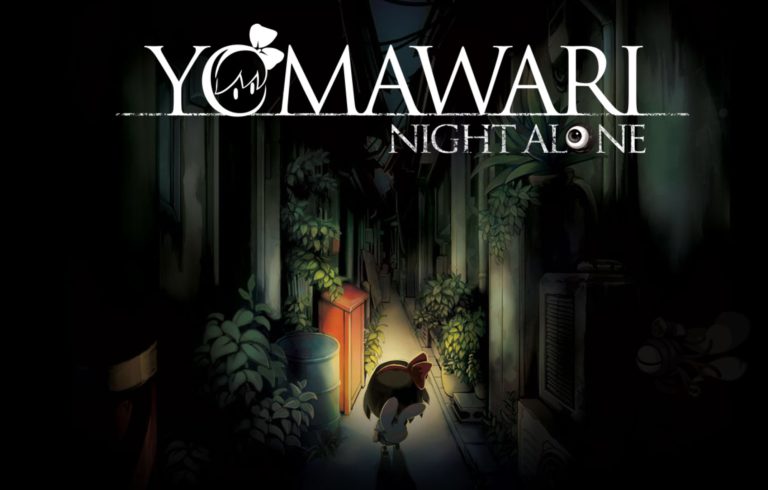 Every October I look forward to playing a scary video game; something that will cause me to jump, shriek “ACK!”, and get my heart racing a little. Last year that game was Until Dawn. In 2016, it’s disguised as kawaii chibi art in Yomawari: Night Alone.

This spooky survival horror puzzle game is centred around a young girl who loses her dog Poro and then her Big Sis when she goes out into the dark of night in search of their furry friend. Armed with what few items you can find strewn about town, Lil Sis finds herself playing deadly games of hide and seek as she searches her hometown for clues. 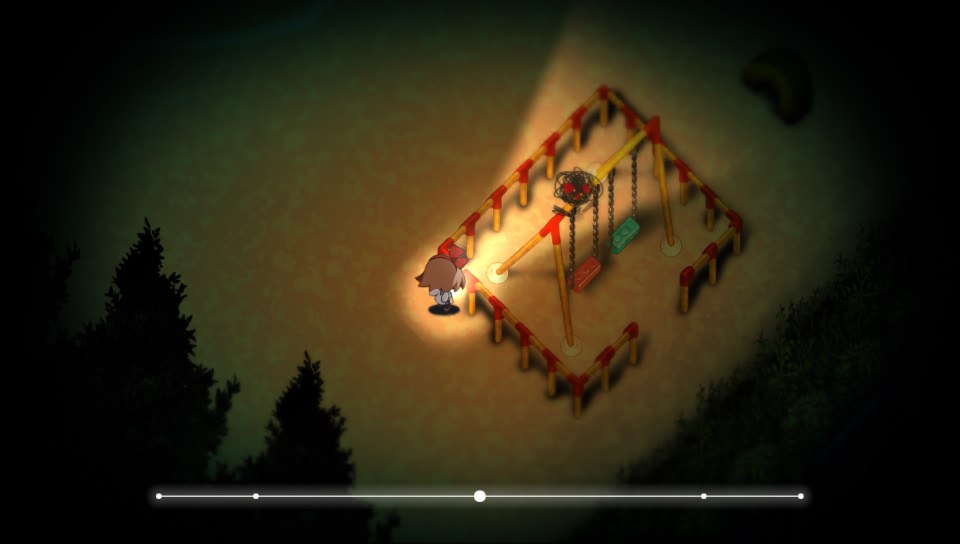 My love of the J-Horror genre is well documented on The Daily Crate. So it should come as no surprise when I say that Yomawari’s spooktacular premise of exploring a town during the night when all of the creepy crawlies are out to get me is exactly everything I was hoping it would be.

It’s one part stealth, one part puzzle, and a healthy dash of “Holy Carps!” yumpiness. The vast majority of Yomawari is avoiding, outrunning, and hiding from the youma that plague your progress. Be aware of your surroundings; there are bushes and large signs that you can hide behind if you need let the spirits pass. Some youma can only move in straight lines, which means running away in diagonals is the best way to flee. Another way to clear your path is to distract them. Tossing rocks away from you can cause some youma to investigate the noise, allowing you space to either sneak or run past until you are in the clear. There are no Metal Gear Solid “!” alerts when you get spotted. You’ll need to keep that flashlight scanning the area with your volume turned up. 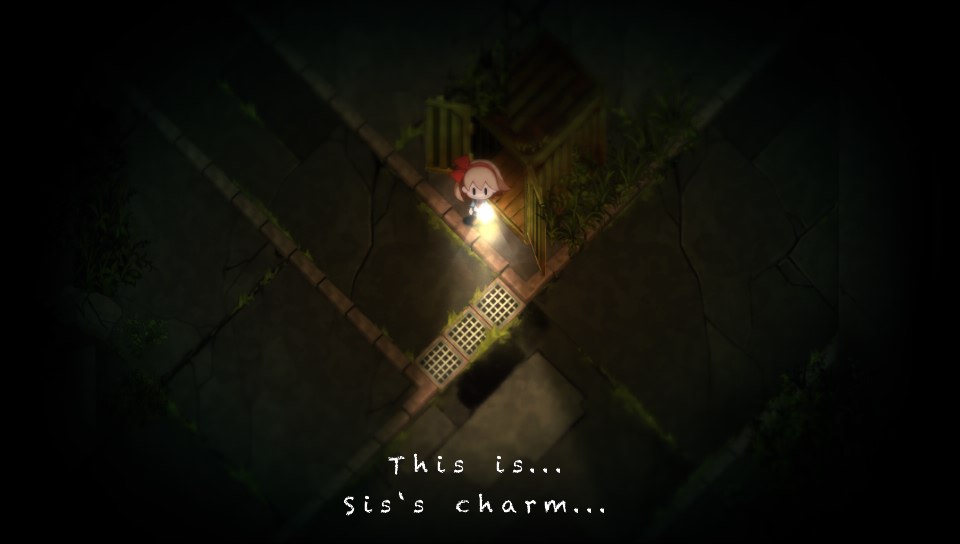 Puzzles are everywhere in Yomawari and are essential in progressing the story. Some cannot be cleared when you first encounter them, usually because you don’t have the necessary items needed to complete them. But if it pertains to completing your current chapter, either the item(s) needed will be provided in the area or after witnessing an event in said area. There are also sidequests scattered about town which will net you collectible items that end up decorating Lil Sis’ room and go towards unlocking a trophy/achievement.

From the Sadako-like youma I encountered near some cliffs to the Jizo statues around town that are used as quicksave points (all hard saves can only be performed at Home or when you clear a chapter), the Japanese iconography jumps out at me, which I absolutely love as an otaku. I also love the contrast between the chibi design of Lil Sis, Big Sis, and Poro, against the creepy youma and the dark images of a town in the dead of night. Everything that drew me to wanting Yomawari from the trailer and preview art comes together exactly how I hoped it would. 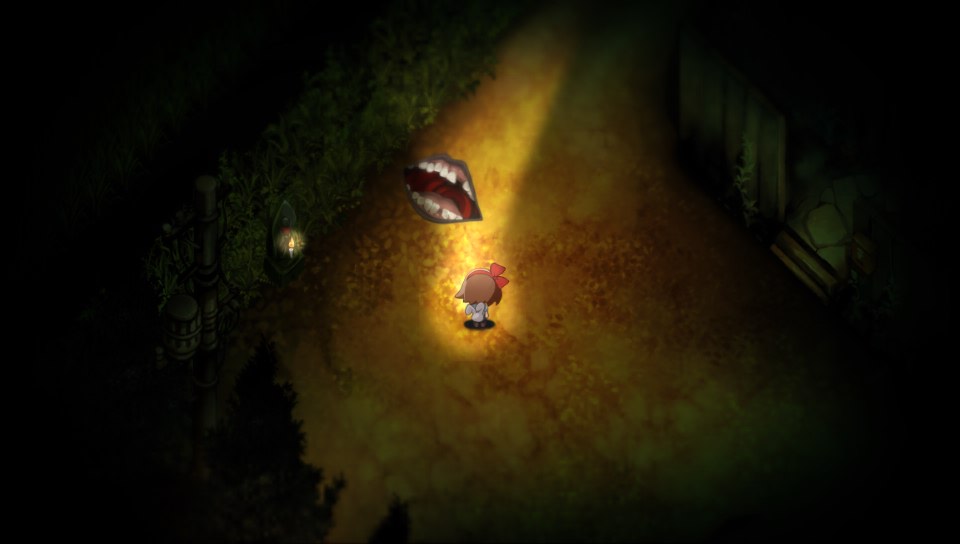 If you’re looking to challenge yourself with something spooky on Halloween, Yomawari is a perfect game to play in the dark with the sound all the way up. You can pick it up digitally on Steam and for the PS Vita right now for $19.99. If you would prefer to get a PS Vita hard copy, you will also receive htol#NiQ. This two-fer is available in a standard edition or a limited edition which comes with art books for both titles and an 18 track OST (the version I purchased).