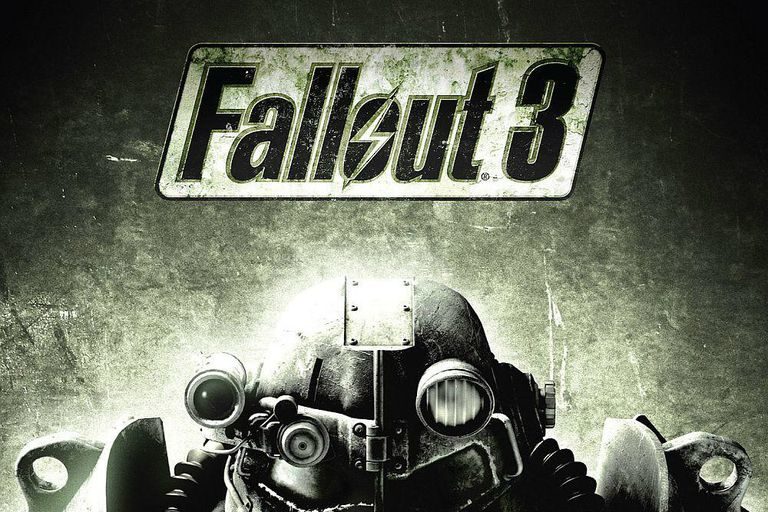 Fallout 3 is built on the same open world concept as Oblivion, also developed by Bethesda. You begin your life in Vault 101 with your father (voiced by Liam Neeson), where it is boring, yet safe. It jumps forward in time from when you were born, your first steps, the birthday when you get your Pip-Boy, the day of the GOAT exam. And then your father decides it is time for him to leave the Vault, much to the chagrin of the Overseerer. With your father gone, there isn’t much of a reason for you to remain in Vault 101, so you venture out as well, tracking down your dad and meeting all sorts of interesting people out in the Wastelands of DC. As you search for your father you discover that he did not always live in Vault 101. There is more to your parents’ life than what you were ever told as a child. Little by little you will uncover the secret your father and his comrades have been trying to keep from those who would steal it for their own means and not the good of the people.

While traipsing all over the map, you’ll discover the curious little town of Andale, a girl with a fascination for all things Nuka-Cola, and some people who like to wear twigs. You can work for Moira by performing all kinds of crazy tasks for her to help her write a guide about surviving in the Wasteland. There are several areas of the map for you to discover & loot for better weapons and armor, and traders in the major hubs and wandering the wastes for you to swap with.

Another aspect I loved about Fallout 3 was that we can choose the kind of path your hero walks. Karma can be gained and lost depending on how you interact with other people. If you decide to kill some bad guys to save innocents your Karma level will go up. But steal from those same innocents and it will drop. You can maintain a neutral balance or lean either towards good or evil. The way you decide to play the game will impact which side quests are available to you.

The main story line of Fallout 3 does follow a fairly decent progression. However, sticking straight to the storyline will mean a short gaming time and you will miss out on an abundance of opportunities. Jumping in and out of the main story is fairly simple. Play through one chapter of the quest, go off to kill fire ants and some other exploring, then move onto the next chapter of the story. You can do this as much as you would like, and it is highly recommended for leveling your character. The more you follow your father’s footsteps the higher the difficulty becomes and weapons become more powerful.

Make sure you take time out of chasing after your father to pursue the side-quests. Meeting the Tree-People who live in Oasis, an orchard hidden away inside some northern mountains was a great one. Heading to the Arlington Library was fun too. Even dealing with the superheroes of Canterbury Commons has it’s bonuses, allowing you to become a superhero if you play your cards right. And with one hundred locations to find and explore you can meet some interesting people, hunt for collectible bobbleheads, and find all sorts of personal diaries from doctors to normal people living in the Wastes that are very informative or can lead to new locations.

Another aspect of the game that I both love and loathe at the same time involves currency and ammunition. You need to scavenge all dead bodies, crates, ammo boxes and any place you can to find some as it is sparse. There is also the option to purchase from various Wasteland vendors, however, what they have is also very limited, so make sure not to squander any. Your currency is in the form of bottle caps, because somehow Nuka-Cola made it through the bombs. Bottle caps can be made from selling unneeded items to vendors, drinking refreshing Nuka-Cola, and raiding lockers, other survivors or just finding them in houses. Make sure you think everything through before you spend them as they are just as hard to come across as ammo and vendors have very limited amounts of caps to give you if you are selling them items.

Fallout’s control scheme is incredibly familiar for anyone who played Oblivion. However, the addition of the VATS system is new, and do I ever love it! The Vault-Tec Assisted Targeting System slows down the real time combat system and used action points for more precise targeting on certain parts of the enemy’s body. I love using VATS when I have the AP to do so. Watching limbs fall off your attackers or witnessing them turn into a puddle of green goo is very satisfying sometimes. The most important thing I have to keep in mind when I am playing Fallout 3 is that pressing the jump button is all well and good, but it won’t increase my athletics skills.

Fallout 3 allows you to create your own character from pre-rendered faces, skin tones, hair and other features. You can earn experience points in the game from picking locks, hacking computer terminals, killing enemies and completing quests. As you level up, you acquire skill points which you can award to different areas like big or small guns, science and repair, medicine and lock-picking. Also with each level, you can chose a “perk”, a title that comes with additional advantages for your character. Some of the perks are related towards speech or will add more skill points to certain areas of your development. Currently there is a level 20 cap on character development but that will be changing in 2009 as DLC becomes available.

With voice work by Liam Neeson and Malcolm McDowell front-lining the game, the ambient sounds and overall soundtrack of the game had to make sure it was all of the same caliber, which it most certainly was. The soundtrack to the game fits in so seamlessly. You can tune into GMR radio and listen to Three Dog and some tunes while you travel, or listen to Mother Nature. When in range or wandering Raiders and Super Mutants, you can hear them talking amongst themselves before they detect you.

I have to say that Fallout 3 is one of the best games I have seen this year. The design team at Bethesda deserves an award for creating the Wasteland they way they did. The browns and greys of destruction are just how I would imagine them to be if I was crawling out of a shelter years after bombs had fallen. I was very impressed with the texturing of the buildings, those which were crumbling apart and the make-shift ones of the survivors. Standing on the steps of the Lincoln Memorial and wandering around the Museum of History were just amazing for me. The odds of me actually visiting those places are very slim, but from seeing them on TV and in pictures I could tell that they did a wonderful job recreating them.

For those people enjoying the game for achievements or just wanting the entire experience, you will definitely want to give the game more than one play-through. Karma can affect which quests are open for you to play which leads to three different play-throughs at least. And Bethesda has announced download content for console versions starting in January 09. They released some great (and one not-so-great) expansions for Oblivion, so I am excited to get my hands on the new content and explore other wasteland areas. Anchorage and Pittsburgh are new locations which will be coming, and there will be more Brotherhood of Steel quests which will also come with a new level cap for those who have maxed out their characters to level 20.

Fallout 3 is a must-have for any RPG gamer who is looking for a long term gaming investment, but is also great for people who want a game that lets them explore at their own pace. Whether you stick to the main story and breeze through it quickly or take your time scouring for bottle caps and ammo, be prepared to find yourself immersed in the post-apocalyptic wonders of Fallout.