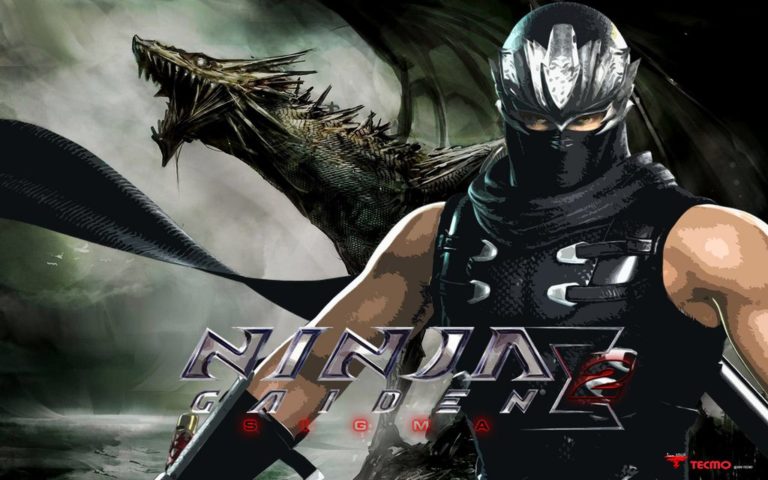 Status: I did better in this version of Ninja Gaiden Sigma than I did the 360 version, but not completed
Trophies: 12 of 51
DLC Purchased: None

Having played (and been stumped) by the original version of Ninja Gaiden 2 on the 360, I decided to give the Sigma version of the game a try. Traditionally, the Sigma and Black versions of Ninja Gaiden have been near impossible to play difficulty-wise. Yet, knowing this full well, I find myself enjoying the latest Team Ninja had to offer me.

Some people will laugh at me. “Ninja Gaiden isn’t that hard,”  they’ll say. Well, let me tell you, as some one who is not the best and hack & slash-esque titles, even playing this on easy is more difficult than most other games in this genre. Add in the fact there are a couple new bosses and you have one female gamer mashing buttons like crazy trying to take out the Black Spider Ninja Clan who have been pestering Ryu Hayabusa for so long.

Ninja Gaiden Sigma 2 is going to require some install room on your PS3, so make sure there is a little more than 3.25 Gigabytes of space open for it. The install itself took my 60gig system about 10 minutes to load to its memory. (Yes, you will still need the game disc in order to play!) While the game puts vitals on your harddrive, you are treated to a voiced over version of the comic that is included in the Special Edition booklet.

We open to see the Black Spider Ninja Clan attack Special Agent Sonia and Muramasa in his shop. Ryu shows his face, and its time to whoop some evil ninja butt. The control layout is very similar to the 360 version. X is your jump function, Square and Triangle are your light and heavy attacks, Circle throws shuriken and is your interaction button (opening chests and using the save and shop totems), with L1 as your block button. As you progress, you will also pick up ranged weapons which you will be using the L2 and R2 buttons to utilize. Wielding your katana and making sure to block, you will quickly find yourself discovering new abilities and techniques, acquiring some easy Trophies for your collection when successfully learning them.

As you chase after the Black Spider Ninja Clan and the elusive Elizebet, not only will you learn new moves, but you will also locate various weapons for Ryu’s arsenal. My personal favourite is the Lunar Staff, but there are many other types of blades you will find. Each weapon can be upgraded at Muramasa shops that have the blue light shining beside them.

You will also find yourself traveling the globe in pursuit of the mysterious Elizebet, who is in possession of the Demon Stone stolen from your village. You will be battling against the Greater Fiends as they transform various locations such as New York City into Fiend Realms, as well as Genshin, leader of the Black Spider Ninja Clan, and others who have sided against you.

Some very powerful female characters are included in Ninja Gaiden Sigma 2. Other than the evil Elizebet, we are treated to a newcomer in the Dragon Shrine-Maiden Momiji, the dangerous yet beautiful Ayane, and Rachel the Demon Hunter. These three women are available to play during Team Missions mode, once they have been unlocked.

Team Missions mode allows you to play over the PSN with another player or team up with an AI partner and reach certain goals. Available partners, weapons and skills are all determined on how far along you are in Story Mode. There are a few simple rules for this mode:

1) Items cannot be accessed during this mode
2) Weapons and Ninpo cannot be switched once the mission has begun
3) If you cannot save your team mate in time, or you both die at the same time, the mission is over and you will have to retry

In comparison to the Xbox 360 version of the game, Ninja Gaiden Sigma 2 is very close to the original in terms of music and graphics to what I recall. I will say, the design team has tightened up the overall look of the game, and the redrawing of the characters to make them look more adult is a big bonus. I much prefer the new look for Ayane as compared to her usual babyfaced DOA (Dead or Alive franchise) style.

I have only had two issues with the game. First off, the game requires you to be signed into your profile in order to play. While I understand that it wants access to your profile so that it can keep the leaderboards updated, it is not to the player’s advantage if there is an internet issue in your neighbourhood which is keeping you from playing your game. As for my second issue, I cannot be for certain it is the fault of the game itself or if it has to do with the latest PS3 firmware update. I have experienced “black outs” on the screen during boss fights and randomly at other points in the game. I will be playing and the game will pause momentarily, hitting a black screen for a few seconds. It does come back, but always throws me off when it does so.

The last is not so much an issue as it is a slight annoyance. When acquiring items such as technique or notebook scrolls off fallen bodies, I’m noticing it takes about 10 seconds after I hit the Proceed button to return to gameplay. Exiting from Muramasa’s Shop also has this problem. I don’t recall so much of a lag with the 360 version of the game.

If I was to choose between the 360 and PS3 versions of this title, I would have to call it a draw. While this is a bit easier than the first version, it also has the drawbacks of requiring an install and the minor lag issue I noted. That said, this is still an incredibly fun game. The blood has been toned down a bit to a more realistic level than NG2 but that really does not detract from the game. I do give this version a slight plus over the 360 edition purely because I have been able to play it for a much longer period of time. I’m sure that has to do with the fact I am finding it easier to play on Acolyte mode. Team Ninja’s Sigma edition is not nearly as impossible as Ninja Gaiden Black (thank goodness!) which makes it less of a chore to go back in and take another go at a boss that stumps me. If you have less patience than I do (and trust me, sometimes I have very little), then this game is not for you.