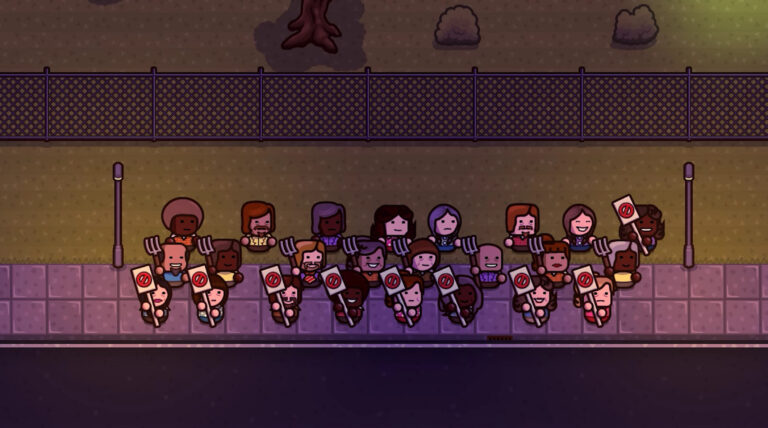 November 2022 was such a packed month for gamers. You had new releases like God of War Ragnarök (which just won a bunch of awards at The Game Awards), Sonic Frontiers, and Harvestella. Since I was waiting for reviews from my peers to come out and maybe a sale or two, I focused on some games from what I lovingly call Project Backlist.

Honey, I Joined a Cult

I am a sucker for most games that Team17 publishes. Honey, I Joined a Cult was a game I picked up during its Early Access phase sometime in June. I’d dabbled with it, built rooms, recruited new marks. But since it was pre-release there were a lot of things missing. At the end of October press releases were showing up in my inbox letting me know that the official release was November 3rd. OK, now I was excited! I’d be able to unlock themed rooms and accessories. More ways to build and flesh out my compound! Time to dive back into this wacky sim.

The first theme I pursued praised the Great Old One. They wore tentacled hats and I steered them toward the evil side of the path. But then my heat rating got way too high and the fuzz were waiting outside to bust down the door. So my leader gathered up her things and decided to run a hippie commune next. Now my furnishings and cult members leaned heavily into those bright trippy colours. Another really cool plus from having the full release was that items from other Team17 published games became available to collect via the missions. I highly recommend Honey, I Joined a Cult if you’re really into these sorts of management simulators. 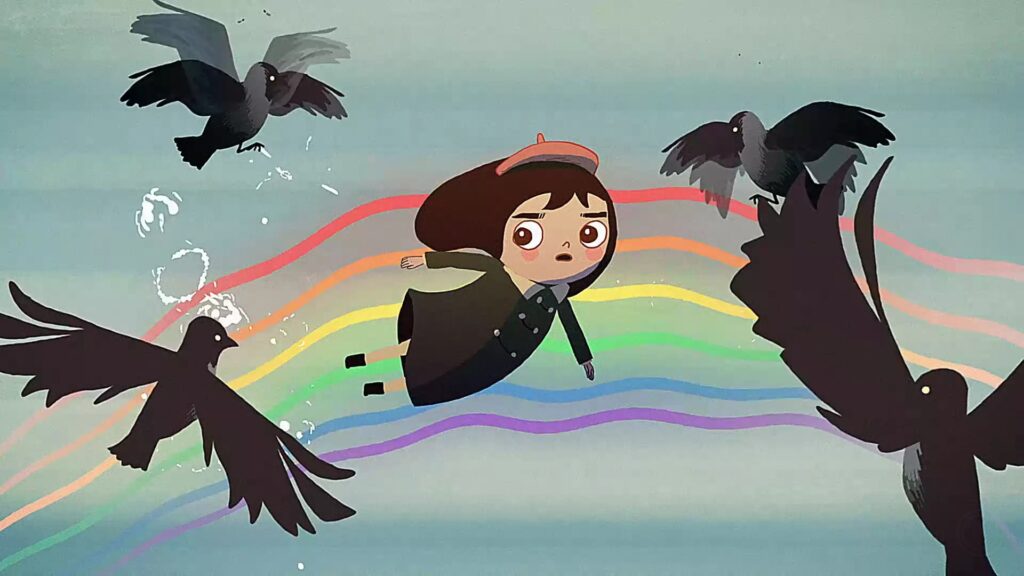 Listen to your gaming friends when they text or DM you with game recommendations. My dear friend Rachel turned me on to Little Misfortune, a rather macabre adventure game starring a girl who doesn’t know that she’s going to die today. Misfortune’s voice does take a little getting used to, but she is an absolute treasure. Right down to the way she uses “adult words.” Listening to that not-so-innocent youngster tell things to “give themselves a fuck” brightens up the day.

Misfortune’s path is littered with graffiti, death-defying situations, and a general sense of foreboding. Nothing suspicious about a strange voice talking to you and asking random questions, right? Or the fox that hangs around your house putting up poorly written notices. It’s hard not to feel for this poor little girl and the unfortunate life she’s led up to this point. So surrender yourself to the three-ish hour journey and keep the tissues nearby. 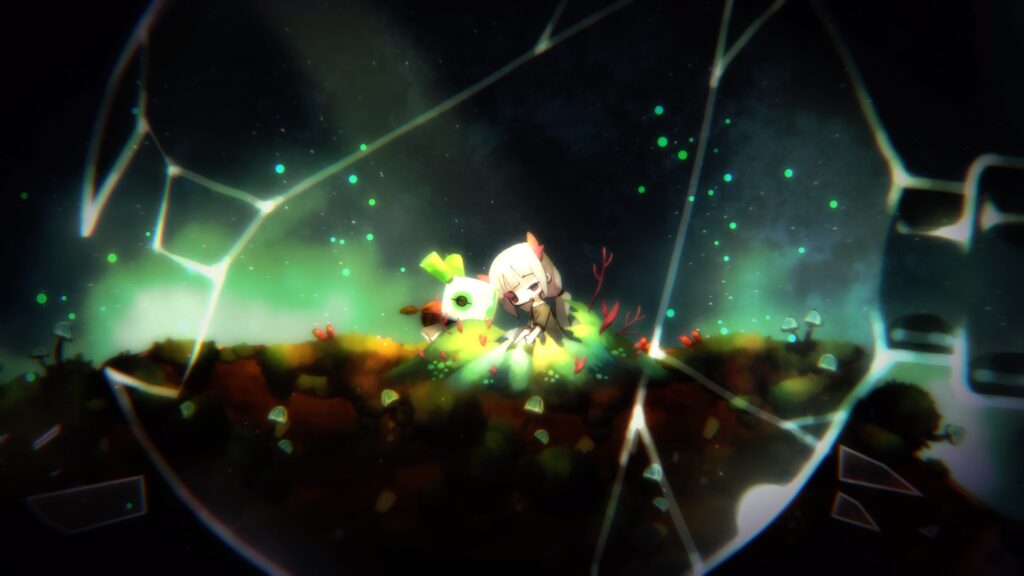 You know how sometimes there’s a developer or publisher that you just have to buy almost every single game from? In recent years that’s been me with NIS America. Most of the time I pre-order or pick up new releases from them at launch, but when Void Terrarium (no, I am not going to attempt the “code” title spelling) originally came out it flew under my radar. Void Terrarium++, the PS5 version of the game, ended up in my collection partly because I was itching to buy a new PS5 game for my growing collection, and partly due to the fact I was looking for other game information on the NIS America site and it caught my eye.

Void Terrarium++ came out in May 2021, and due to work commitments remained wrapped and in my stack of PS5 games. When I decided on the games I wanted to play during my first Extra Life stream in November I finally unwrapped and installed it on my PS5. People sold me on the game calling it a kawaii girl-raising sim. But when I booted it up, it was not exactly what I was expecting. 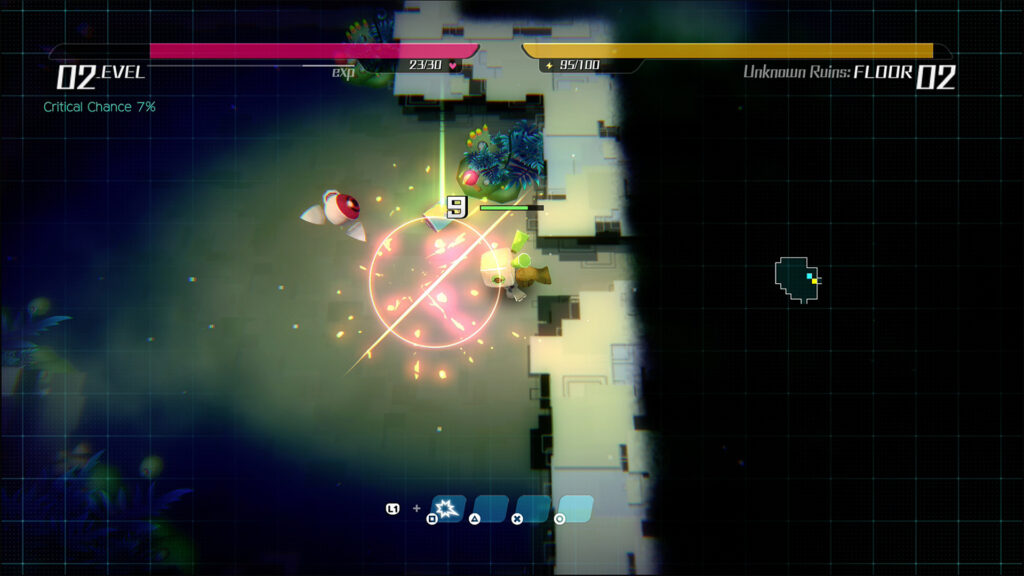 In order to build up the terrarium and feed your human, you’ll have to traverse varying rogue-like dungeons to location mission items. Let me tell you, I almost gave up after the first hour or so of trying to figure out what the hell I needed to do. Rogue-type games and I have a love/hate relationship; the randomness of the RNG almost never works in my favour. It took me far too long to get that first crucial piece. I fluked out on (what felt like) my 30th run. But now I am stuck on the second step of fixing the terrarium itself which means I’m taking a short break before I go back in. It’s not a bad game by any means. Just not the sort of thing I was expecting. This one may take a little longer to clear out of the backlog stack.

Outside of my usual ESO and Fallout 76 shenanigans, I did pick up a couple of games during Black Friday sales. Horizon Forbidden West and Returnal were too good a price to pass up. Now to finish something, anything from my PS5 games so I can make room on the internal drive to play one of them. 😂