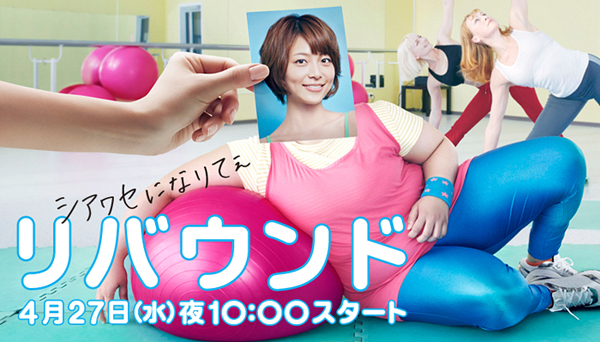 Nobuko finally landed her dream job working at a top fashion magazine. Working for an Editor in Chief who wants her staff to keep their petite figures, she puts in long hours doing menial tasks with the hope that one day she will get her first big article. Her opportunity comes when given the chance to write an article about Patisserie Ange, a popular bakery with a very attractive young man keeping up the family business.

Nobuko (Aibu Saki) remembers visiting this shop once as a child and hearing the “Bell of Happiness” with every bite, but the cakes made by the son of that patisserie  just don’t have that same taste. They are nothing special in her books, and when she says as much in her article, his business dries up. Nobuko feels guilty and offers to help him out by taste testing new cakes to help him back on his feet. However, cakes are her weakness, and soon enough she regains all of the weight she’s worked so hard to keep off.

Dealing with her fluctuating weight problems, a blossoming love with Taichi the baker (Hayami Mokomichi), a father who wants her to take over the family tonkatsu shop, an ex-boyfriend who prefers a chubbier Nobuko, and an evil boss who cares only for sales numbers, Nobuko’s life has become a lot more complicated. Living with her best friend has been her rock and refuge, but even now her friendship with Hitomi (Kuriyama Chiaki) is in jeopardy.

I was excited for this show the minute I saw Mokomichi and Aibu were reuniting for another show. The two had such amazing chemistry working together on Zettai Kareshi. Watching Mokomichi portrait someone acting a bit goofier than what he normally does has made for some nearly in tears, fall off the chair comedic moments. It was also great for me to see Chiaki Kuriyama (GoGo from Kill Bill) on the small screen again. Rebound will have you powering through all 10 episodes in no time and wanting more.

(Update: Crunchyroll has the streaming rights for Rebound so you may want to head over there and check it out.)