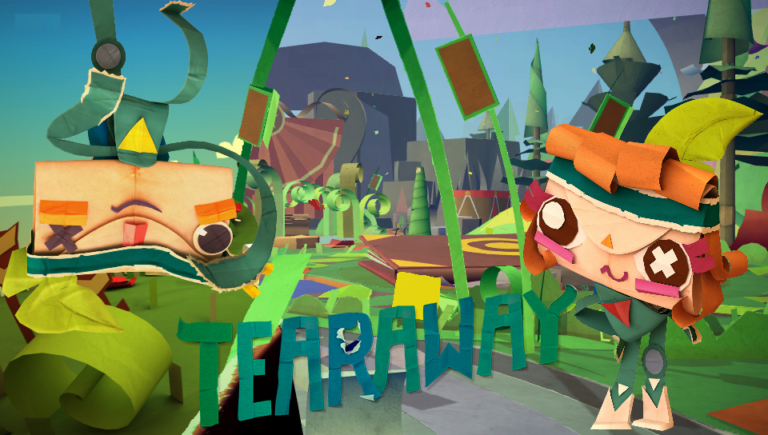 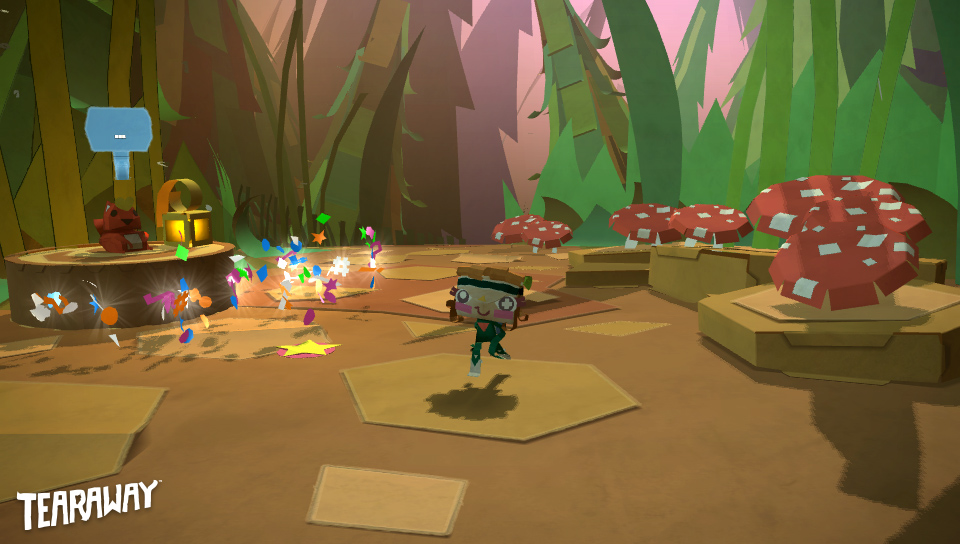 Status: Finished with Atoi, 96% of bonus items found
Playtime: About 19 hours or so
Trophies: 24 of 31
Papercraft Collection: tearaway.me/u/Yuki-Hime

Tearaway was a major PS Vita selling point for me, second only to Persona 4 Golden because I have a wonderfully horrid addiction to the Persona franchise. With its visually appealing papercraft world I knew there was no way I could pass up the adventure. It helped that it seemed not as intimidating as the extremely in-depth LittleBigPlanet series. Don’t get me wrong, I love the LBP platformers but I sort of let them fall into my giant backlog pile and I’ve been inseparable from my Vita since getting it.

We picked up Tearaway at the midnight launch for the Xbox One, which meant Matt was awesome enough to let me start playing it that night. I hemmed and hawed for 10 minutes deciding which Messenger I wanted to use first and settled on Atoi, the female envelope headed lead. It had nothing to do with her being female, I just hadn’t seen her in much of the advertising and wanted to take her for a spin. 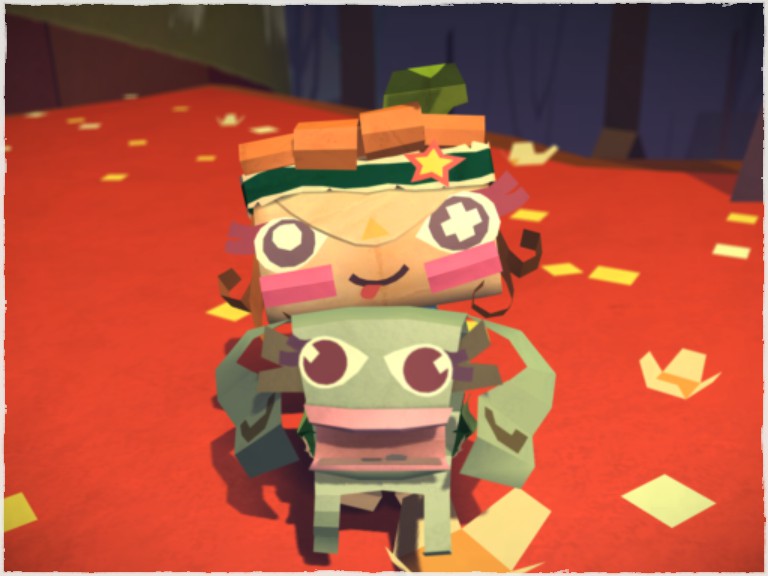 So for the next three days I spent quality time with Atoi, learning how to jump, taking pictures of the journey, climbing up glue covered surfaces to reach new heights, and searching for hidden papercraft patterns to unlock. I butchered pieces of paper to make mustaches and decorations for the Mummers and wildlife I met along the way. If you look around you can find some really awesome Messengers online, like the Sweet Tooth one David Jaffe’s been sporting as his avatar on Twitter. Since I’m not that artistic I stuck with more of the purchasable items.

Since I’d only played P4G and Walking Dead on my Vita previously I hadn’t done much with the rear touch pad. Tearaway changed all that by making it an integral part of the gameplay. For the most part it worked (tapping to activate bounce pads), however there were a lot of instances where it took more than 5 tries for me to get it to read that I’d “poked” my fingers through the breakable bits of paper so I could move something for Atoi. The worst of these was any time you needed to “poke” through and drag your finger to slowly move anything and move Atoi at the same time. There is one particular area with a waterfall that took me way too many attempts and ultimately led to me putting the Vita away for a while. Thankfully I didn’t have an Alice: Madness Returns moment! 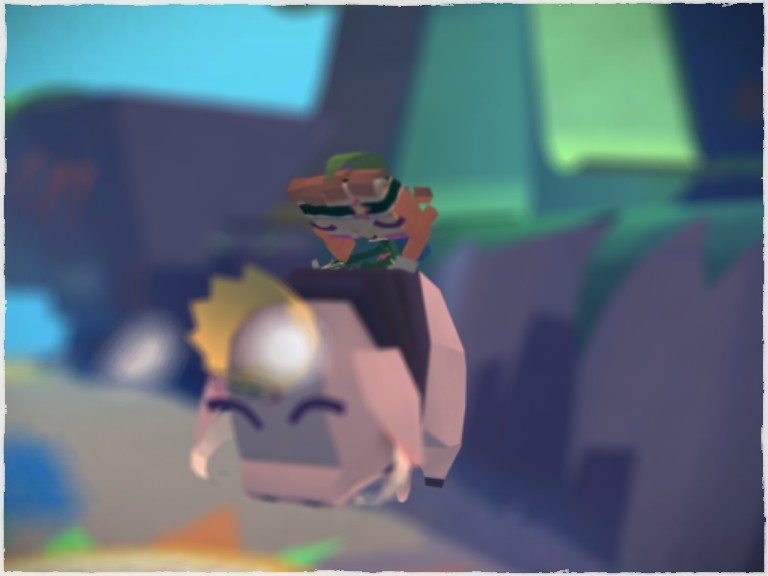 An in-game photo snapped of my Atoi riding the first available piggy. Both are making happy squee face. =)

By far my favourite parts of the game involved riding papercraft piggies. There were far too few instances so I went back to previous bookmarks and re-played them a few times just so I could squee about it to Matt.

Tearaway made me 3 for 3 with awesome Vita experiences, even if it is a relatively short game compared to my regular stuff (*cough*JRPGs*cough*). I had a great time with it, there is a lot of replay value in going back to older bookmarks (chapters) once you’ve learned new tricks and hidden items to locate in order to get those 100% clearance stamps. Another fun adventure that should be part of any Vita gamer’s library.