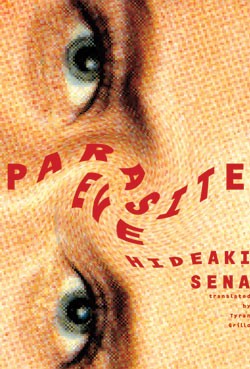 What if the mitochondria in our cells had evolved and was able to manipulate our bodies?

Toshiaki Nagashima has long been intrigued by the mitochondria contained within human cells, currently researching them full-time alongside one of his university professors and mentoring others in the field. What he doesn’t know is that his wife Kiyomi hosts Eve, a being surviving eons within female mitochondrial cells waiting for the time when conditions will be just right for her to break free and create a new race.

Over the years, Eve has been manipulating Kiyomi’s body to further Her plans. She’s had her become a kidney donor and altered Her hosts features to make sure she was the perfect woman for Toshiaki. And now that She’s able to fully take over Her host, Eve causes Kiyomi to crash her car, leaving her brain dead.

Toshiaki’s shock over his wife’s death and his susceptibility to Eve’s wishes leads him to secure Kiyomi’s liver and bring it back to the research lab. Toshiaki’s training and his desire to keep some closeness with his wife lead him to prepare and cultivate the liver cells for study. Little does he know that Eve has wanted this all along, as only he can help Her achieve the independence She needs to make Her vision become a reality.

First things first, this is not a video game novelization! This is the original story that the Parasite Eve games were based off of. So if you were hoping to read about Aya Brea, you’ll be very disappointed. But if you are looking for a good medical horror story, then you’re in the right place.

My only major issue with Parasite Eve is that there are a lot of medical references and science to read through. So much so that on several occasions I would find myself re-reading passages (sometimes pages) and referring to the glossary to get my head around what was going on. It’s not until the final third of the book that the spontaneous combustion, brutal deaths and copious amounts of gore finally come into play.

They do say to write what you know, so I can’t blame author and pharmacologist Hideaki Sena for doing just that with his debut novel. Now I just wish I could find translations of his other novels to see if it was a one-time thing.

You can purchase Parasite Eve from Amazon or RightStuf