After hours spent with atoi exploring every nook and cranny of Valleyfold and Sogport, I decided to do it all again. The Playstation 4 version wouldn’t be exactly the same as the original Vita game, so I was looking forward to surprises and new papercraft patterns to work with in the Crafted Edition.

With scraps flooding the papercrafted landscape, I resumed my You-ness as the face in the Hole in the Sky. (Note: The Playstation Camera is required if you want to see your face inside the Sun.) 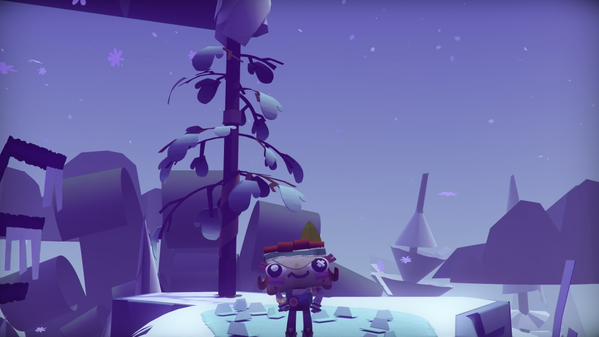 The scraps have covered the land with their newsprint and destruction. Using all the tricks at atoi’s disposal, as the “You” you will guide her (or iota) and help her defeat them and thwart their nefarious schemes. In-between collecting confetti and whipping out my camera in search of blank objects to bring colour to, there were familiar faces in need of my expertise. Fun little side-quests taking specific photos or dunking hoops to open up special blue gift boxes filled to the brim with more confetti. More confetti equals more graffiti and lens unlocked!

Tearaway’s story had a few tweaks that differed from the Vita, with scraps infesting my TV and console at points, which was cute, but overall this version didn’t have that same feeling of intimacy the Vita version did. The platforming fun is still there, but unfortunately some areas suffered from bad camera angles that made me put down the controller for a while before going back. 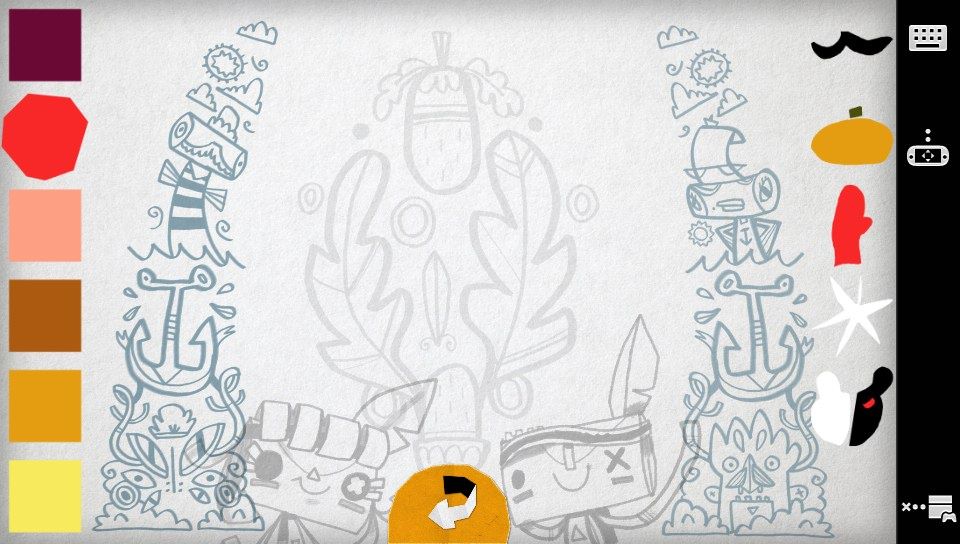 Since the Dual Shock doesn’t have the same capabilities as the Vita, there are some major differences that all center around the central Touch Pad. Using it for bouncing the drums, creating wind, and throwing items tossed to you from your Messenger make sense. The downside is trying to craft items with that tiny little pad.

Thankfully, Media Molecule had the smarts to utilize the Playstation Companion App’s second screen function. Any request from one of the locals for me to make them a crown or create an object like a snowflake for the environment had me whipping out my phone to connect and use the in-game cutting mat. Nothing I made was super fantastic because I’m not an artist, but drawing with my finger on my phone’s screen meant my stuff at least looked decent. 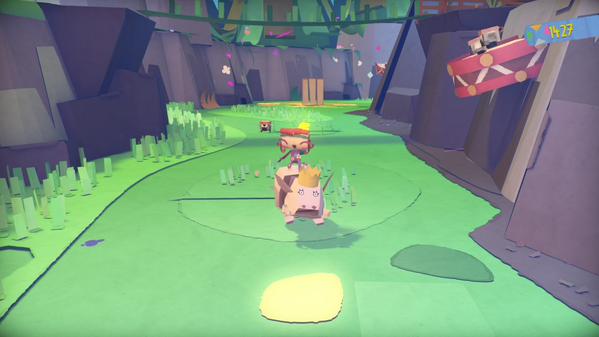 Tearaway Unfolded Crafted Edition also featured special papercraft from other Playstation franchises: the Oroboros symbol from The Order 1886 and the cape from Journey, to name a couple, and came with a downloadable game soundtrack.

If you’re looking for a new platformer and overlooked Tearaway when it came out on the Vita, I do recommend you give it a try sometime. A game world built out of paper is unique and definitely something you should experience at least once.