My favourite family-centric video game series, LEGO titles never seem to disappoint us. We’re two grown adults with no kids who looks forward to sitting down to some couch co-op when new titles launch.

We also love to build LEGO. No joke. The LEGO Store is a dangerous and wonderful place, especially those 3-pack build your own LEGO people stations in the middle of the store. The only bonus there is to being an adult with LEGO is that the odds are much lower that you’ll hurt your foot for walking on scattered pieces around the house because generally we’re neater. Generally.

I’m not talking about the base game today, because honestly, we played the first level and as soon as we reached the portal and could access the Level Packs we preordered, we kinda went straight to those. I know, bad gamer! But can you really blame me when some of your favourite franchises are staring at you? 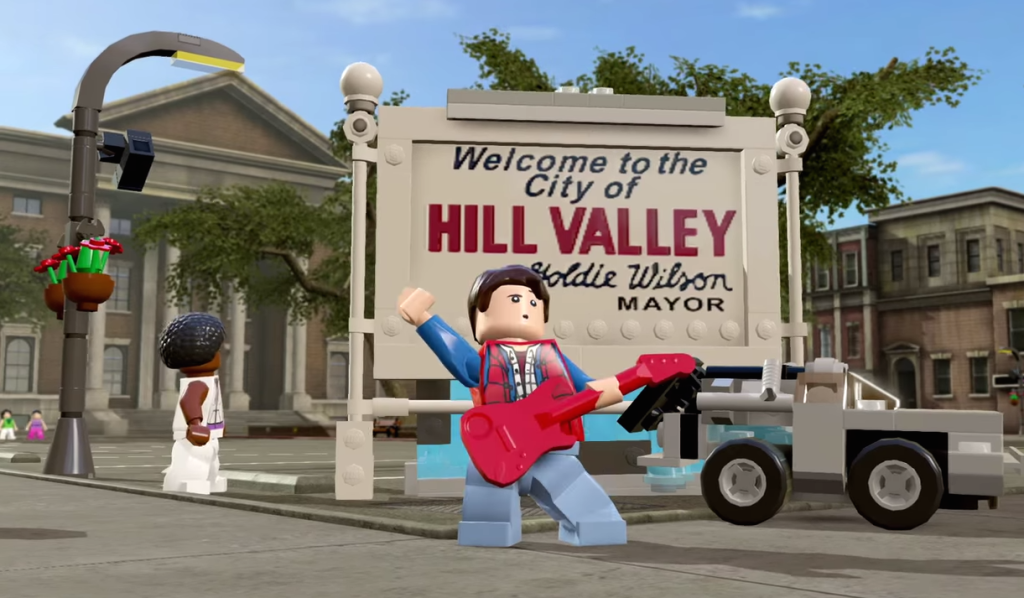 Back to the Future: This level pack is by far my favourite of the three. You play parts of the first movie, including that iconic scene with the clock tower, voiced by Michael J Fox and Christopher Lloyd. Marty, his hoverboard, and the DeLorean come in this set, and we sort of argued a bit over who got to build the DeLorean, but I won out! Every vehicle in the game can be leveled up as well as rebuilt each time you unlock a level, so I called dibs on those as well.

What makes this my favourite level pack is Hill Valley. This sandbox area has two versions: Past and Future. Double the amount of fun things to discover, like hidden bricks and renovations around town to spend your studs on. To switch between time periods you’ll drive the DeLorean onto special pads, revving the engine up to 88mph, and BAM! 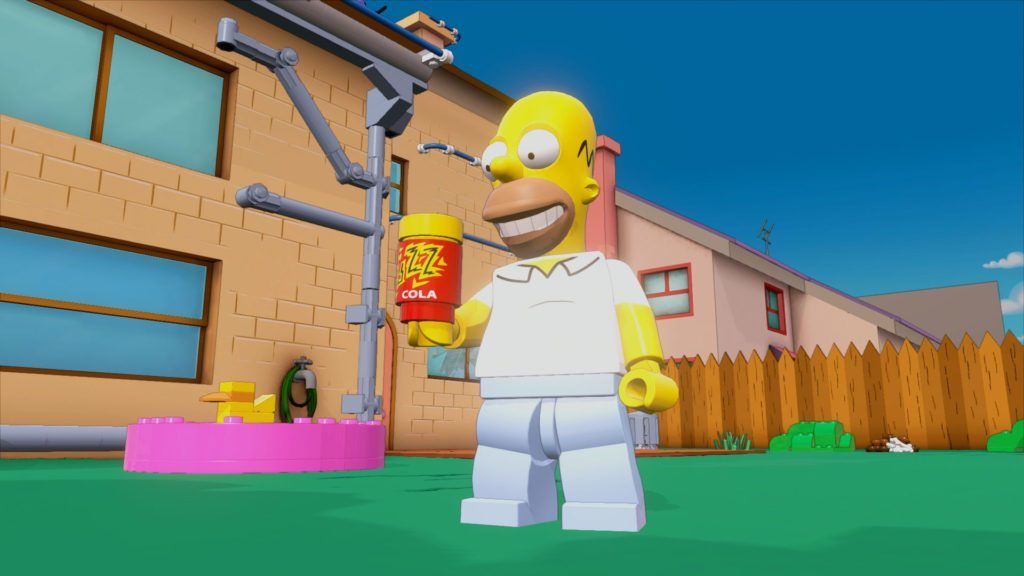 The Simpsons: Thanks to the partnership between LEGO and The Simpsons, we’ve gotten the family’s home and Qwik-E-Mart building sets, blind character packs, as well as an entire episode done in brick. The Simpsons pack features Homer, his car, and the Itchy & Scratchy exploding television (which does wonders on silver bricks).

After playing through the chili cook-off episode from season eight, Springfield opens up for you to explore. There are things to do at Krustyland, Grandpa Abe is in need of some assistance, and lots of backyards to tear up for studs.

Tip: Be sure to have Chell from Portal on hand when you make it up the hill to Burns’ mansion. 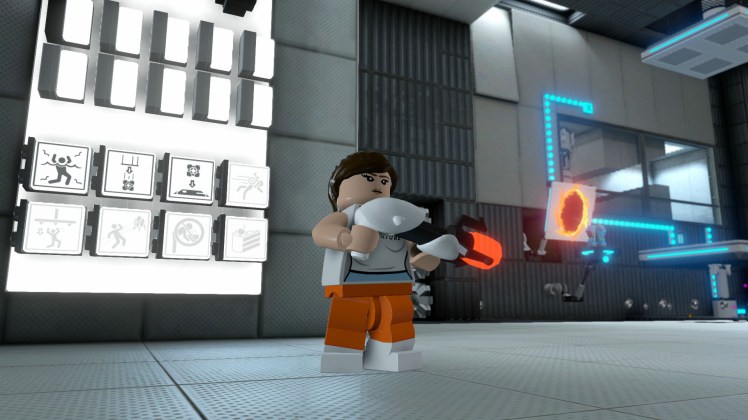 Portal 2: Be prepared to solve puzzles and hug your Companion Cube! Chell, GLADoS, and Wheatley are all back at Aperture Science, where goo, gravity, and turrets are just a regular part of life. You’ll make your way through a few test chambers before seeing GLADoS up close and personal. I was disappointed there was no Potato GLADoS as that’s my favourite version of her.

Exploring Aperture was a lot of fun, especially finding hidden rooms much like those from the games. You can even run around beyond the door Chell escapes from at the end of Portal 2.

Tip: Do not upgrade the turret guns until after you complete the level! We ran into a glitch that once updated the missiles would not trigger the pads and had to cheat to finish the level using Wonder Woman’s flight and one of our two spaceships for the other player.
LEGO Dimensions has combined the fun and easy to play concepts of the video game series with the best part of LEGO, the whole building stuff part, to make what I truly believe to be the best toys to life video game available. Next up, the Doctor Who Level Pack on November 3rd. I can’t wait!

*This post was previously published on The Daily Crate (and quoted in a TV commercial).