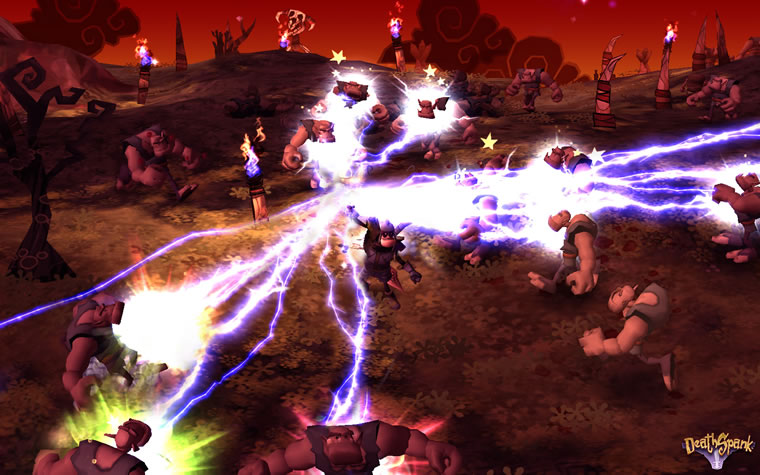 Status: Completed DeathSpank and cleaned up all those achievements
Achievements: 12 of 12
Gamerscore: 200/200
DLC Purchased: None

I picked up DeathSpank and it’s sequel during the recent EA sale on the Xbox Marketplace, months after checking out the demo and wishing I had the points to grab it at launch. Santa deposited some points to my account at Christmas and I decided to hold off on buying stuff right away to see what kind of Boxing Week/End of the Year sales might go down. I have to say I am very glad I held out.

DeathSpank, Hero to the Downtroddenededed, has been told that The Artifact holds a mysterious power, so he sets off on a grand adventure to acquire and keep his hands on it. DeathSpank is a sucker, agreeing to help everyone (mostly due to his Thong of Justice) which has him doing all the dirty work and normal work for all the lazy people who seem to be able to survive somehow. Even the mysterious red haired Sandy, who DeathSpank seems a tad wary of but obeys her directives anyway. Whether it be collecting poop, finding and spoiling smelly orphans, or playing courier, DeathSpank does it all with his dashing good looks and dimwitted charm.

The outrageously wonderful writing comes in second to the natural flow of gameplay. When you pick up the controller, you discover that maneuvering DeathSpank has a completely natural feel to it. Each button and D-Pad direction can be assigned a weapon or item to use and display in the corresponding bottom corners of the screen. This kind of hot key customization is great and can be edited whenever you choose. Have you killed an enemy and picked up a new and higher level piece of equipment? If you select the auto-equip function on the main item screen in your inventory, whenever you acquire a piece of gear you are leveled enough to wear you will automatically put it on. This is handy and means you can focus more on the game than wasting time trying to figure out what you should be wearing.

Like your typical adventure game, you’ll need to complete certain quests and acquire items to progress to new areas of the map. These quests are the Important Things I Must Do in DeathSpank’s mission screen. It is important to make sure you talk to as many strangers as you can find, as some of their Unimportant Things might assist you in crossing the Important ones off your list. Not only that, but they do have some great rewards to hand over if you help them continue with their laziness. 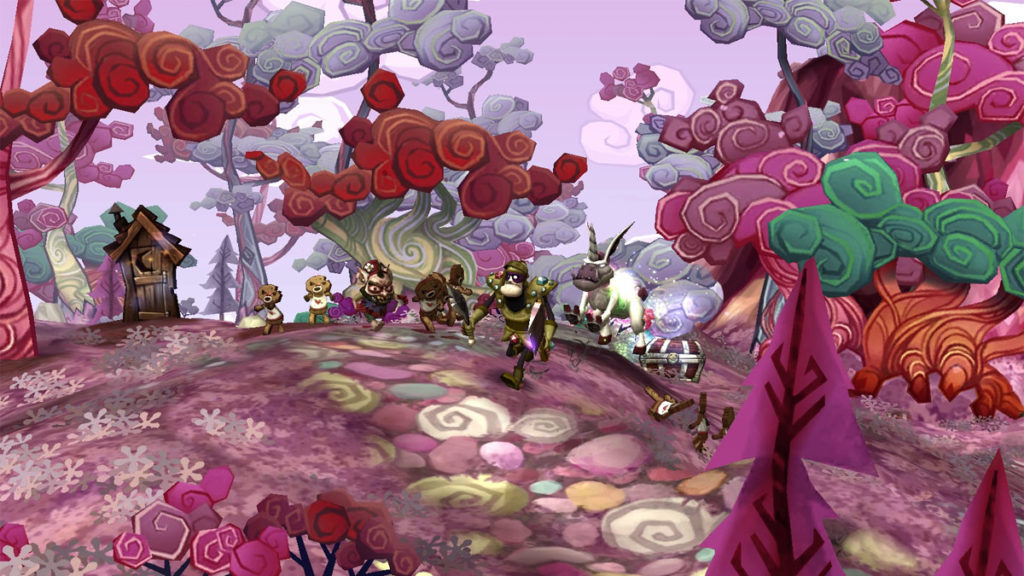 DeathSpank isn’t a particularly long game – one of the perks of XBLA/PSN style titles. I was able to invest a good 6 – 8 hours and wrap things up in a couple of afternoons. Everything was pretty self-explanatory, fortune cookies used of unlocking hints seemed a tad scarce but that could be that I was carrying the max allowed at some points. A nice twist right at the end of the game sets up the sequel (DeathSpank: Thongs of Virtue) which had me pumped to start on the second half of DeathSpank’s tale.

I don’t think I would have paid 1200 points for this one. The game was a tad short in my eyes to warrant such a high price point. 800 points seems like a much better regular price which I would have gladly paid if I hadn’t bought it at half off. Still, if you are looking for an eye-catching, mature rated bit of adventure, look no further than DeathSpank.