Remember last week when Bethesda announced at their E3 presser that we were getting new Fallout 4 DLC starting this month with the Contraptions Workshop? They showed us elevators and sorting machinery, and I’m pretty sure there was a version of the classic board game Mousetrap shown off in the preview video.

They had me at weapon and armor displays.

Wasteland Workshop was pretty meh. I didn’t care about catching monsters from the Wasteland and pitting them against one another. I built three cages on Spectacle Island and domesticated one mutant hound (who has since died in a firefight with a band of pesky mutants). But give me the chance to make my own 2mm electromagnetic cartridges for my gauss rifles so I don’t have to visit every shop in the Commonwealth to buy the stuff? YES PLEASE AND THANK YOU! 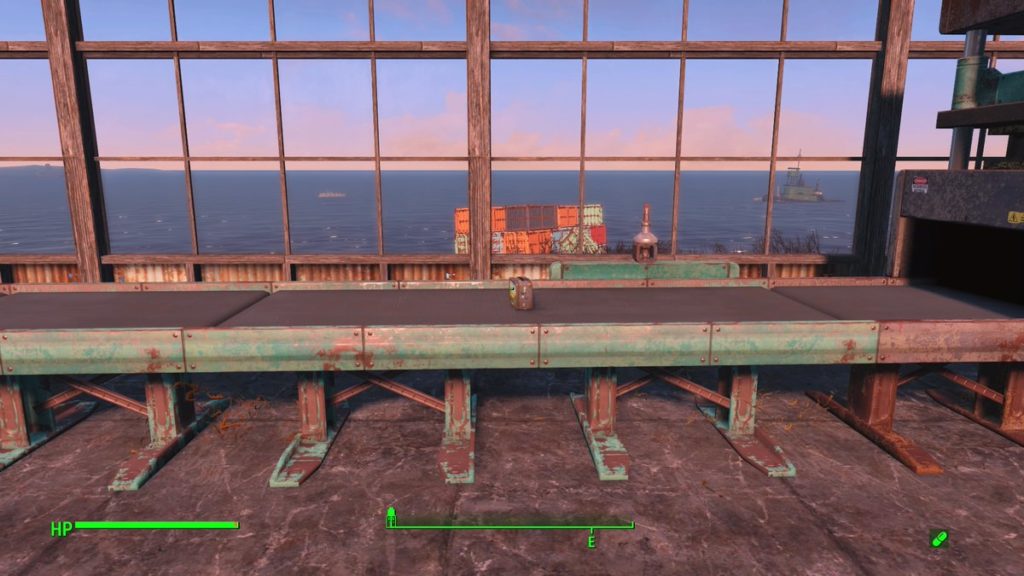 Since most of my settlements are nearly built out, Spectacle Island was the best place to start my small manufacturing empire as it offers you the largest canvas to work with. I started out by building a warehouse from the Structures option. I gave it glass windows all the way up so the sun could illuminate it whenever I stopped by to fill the machines with supplies. The ammo machine was a no-brainer.But once it was built I discovered I lacked the components needs to create my ammo, so I built a builder machine to make “stuff”. “Stuff” being things like lunch boxes and Giddy Up horseys, things that you can sell for caps if you’re in a tight spot. I loaded it up with a bunch of steel and started pumping out Vault-Tec lunch boxes. Then I went shopping for 2mm EC parts: lead, oil, fertilizer, and copper. Once acquired, it was as simple as loading up the machine and telling the terminal to get cracking.

Now that I had an understanding of how manufacturing worked, it was time to visit Sanctuary Hills, my home base. I destroyed the crudely crafted warehouse I made out of crappy metal walls where I stored my various suits of power armor and rebuilt one using the Warehouse structure options. Using a mix of steel walls and the prefab slanted glass roof options, I created a new space to house my new power armor displays (13 suits and counting!) and my ridiculous accumulation of clothing and weapons. I slowly walked across the street from my house to the warehouse with my pockets at over 6000 carry weight and unloaded everything into two containers to sort through later. Then I thought to myself, “Hey, Annette, why not make some of those display mannequins in here, too?” My Silver Shroud, Mechanist, and Grognak costumes are now available to view. I wish I could charge an entry fee to my growing museum. 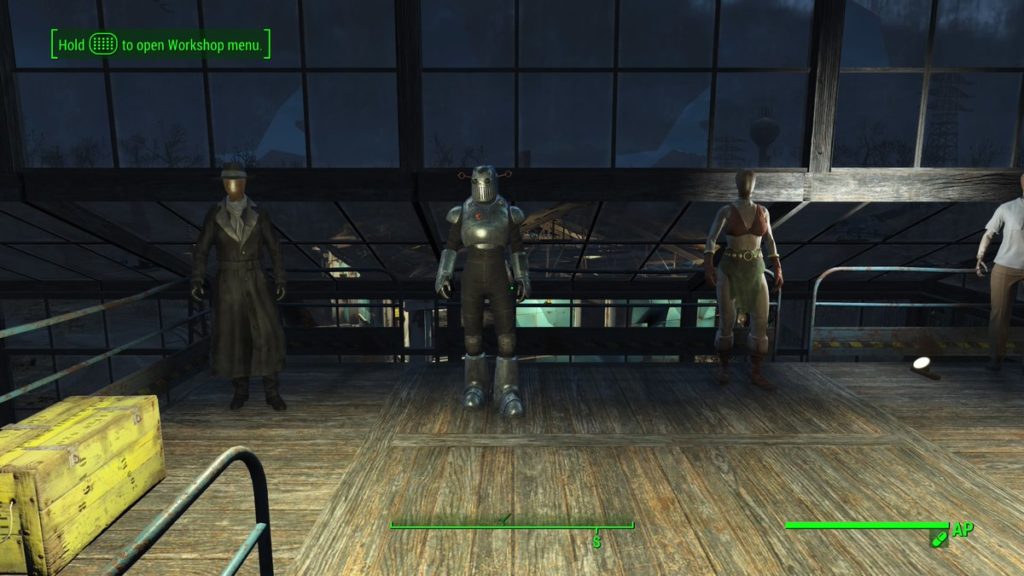 The weapon racks are cool but a little bit of a let-down, only in so much as I thought I could place multiple weapons on a large rack but only a single weapon type can be placed on each style. But weapon racks are a great way to display the rare items I’ve collected on my travels, and it makes it faster for my storage trunk to load when I’m digging out stuff to give my settlers. Those pipe pistols do nothing against super mutants and robotic assailants, and since I have 70,000 or so caps, I may as well strengthen their defensive positions.

After tinkering with my new displays, it was time to complete the last trophy/achievement for the Contraptions Workshop DLC: assigning someone to the pillory. I had spent a few hours running around my settlements, making fixes to the ones that had been attacked. But Warwick Homestead decided it suddenly wasn’t happy and I was itching to make an example of one of my settlements, so some poor unassigned settler got thrown into the first pillory I built. Everyone else had gone to bed so I’m hoping that when I go back to the game he’s either dead or covered in rotten food. Then we’ll see if they decide to be happier. 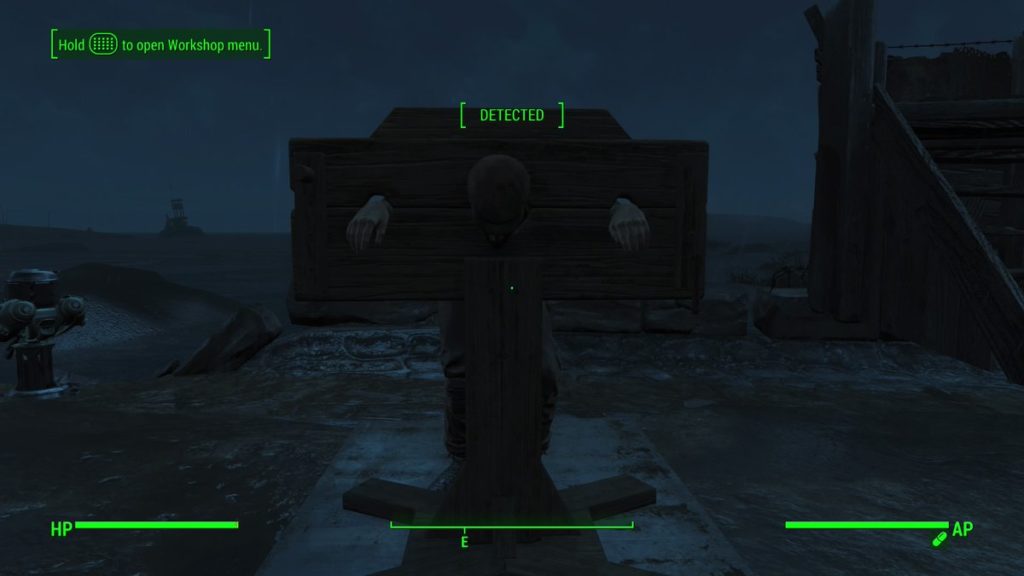 So if you’re into building intricately awesome settlements or just want to create a Fallout-esque Willy Wonka factory, the Contraptions Workshop is where it’s at. At least until the Vault-Tec Workshop comes out and we all start creating elaborate tunnels below the Earth’s crust. Mmmmm, crust.